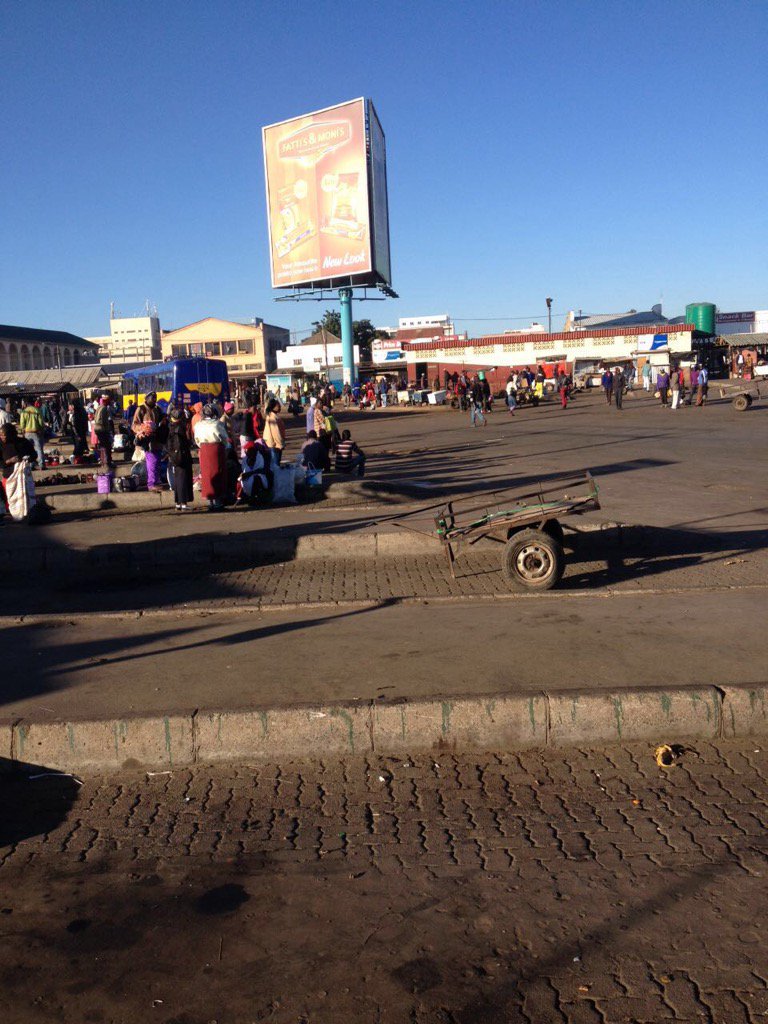 The youth then took over revenue collection from council officials. The group was said to have travelled from as far as Kwekwe.

I was inside the clock-room, located at the entrance of the terminus when the gangsters arrived. They then informed our security officers at the boom gate that they were Zanu PF youths and had been tasked by their bosses to collect money from buses entering the rank.

I went to attend to them and asked for official letters authorising their operation, but they said they did not have any such papers. They said we should just comply with what they had said.

Rank marshals started resisting the collection, as the youths did not have receipt books. Commotion ensued until I called my bosses to come and intervene.

That is when the group went to Town House (Gweru City Council offices) as the situation was about to turn chaotic.

I condemn what the Zanu PF youths did and I am in the process of preparing for a Press conference where I will give a statement soon.

I am actually hearing it from you for the first time. Let me do a check from within the party and if I get the information, I will issue a detailed comment.

Even though the NewsDay report said that the group was wielding machetes, we’ve since established through a source on the ground, The Midlander, that there were no machetes involved. We’ve updated this story.