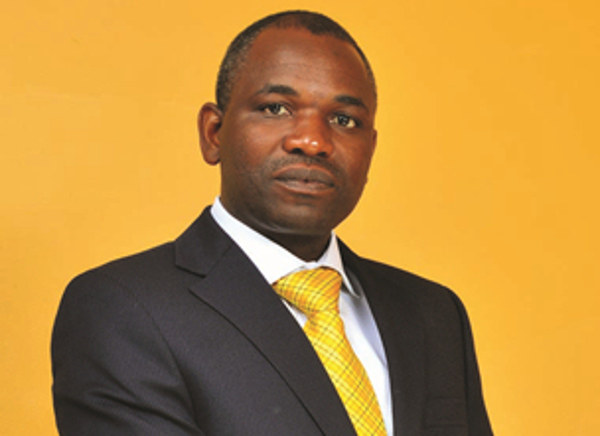 TN Holdings CEO, Tawanda Nyambirai has responded to the articles published on a Mutumwa Mawere platform, bankingonafrica.com, by Miriam Mutizwa.

We publish here his full response:

My conversation with Tichatonga Mwanawevhu concerning the Econet IPO has attracted a reponse from some unnamed writer who quotes extensively from Ms Miriam Mutizwa, a human Rights Activist. The article that was published on bankingonafrica.com challenged me to respond. I don’t like these challenges. They tend to degenerate into an unnecessary showdown as each party tries to defend their position. They are not normally genuine pursuits of the truth. They are traps intended to feed an undisclosed agenda. In the present case, the agenda is diclossed. The writer of the article and Ms Miriam Mutizwa are on a campaign to defame Mr Strive Masiyiwa and his family. But for record purposes, I must answer. I know that it doesn’t matter to Ms Miriam Mutizwa what I say. She and the writer will probably continue to defend their position no matter how ridiculous and uninformed it might turn out to be. By responding, I have taken the risk of being regarded sechidhakwa chasangana nezvimwe zvidhakwa pandari or Ngome!! By responding to Tichatonga Mwanawevhi, ndakateya mbeva murutsva. Handichatya kusviba magaro!!!!!
1. I have not found it necessary to go into records regarding an investigation instigated by Mr Mawere against FML in respect of its participation in the Econet Initial Public Offering. The investigation was never an investigation on Econet. My encounter with the investigating team that was led by Mr Mutumwa Mawere was when they came to NMB Bank demanding disclosure of client confidential information. I had to make a decision on their demand because such matters fell under my portfolio. I refused to give them access to client confidential information and advised them to first get a Court Order in accordance with the law. I am not aware of any Application by Mr Masiyiwa to stop such an investigation. There would have been no reason for him to. The Econet IPO was oversubscribed, meaning that the demand for the shares was more than the shares that were available. Investors had to be given back their money. If, for some reason, FML had to withdraw from its contractual obligations to subscribe for the shares, there was no shortage of takers to replace FML. In any event, the share and debenture offer was fully underwritten by NMB Bank. This guaranteed Strive and Econet of their money. Besides, the placement and offer of the shares and debentures with FML and other investors was handled by NMB Bank, Standard Equities and a team of very capable brokers. If there were any allegations of corruption, which is denied, these would have been raised against the institutions that handled the IPO and the placement, and not against Strive or Econet. Transactions of this nature are handled by professional advisors who hold the client’s hands throughout the process. In these circumstances, I have to dismiss the allegation that Strive made an application to stop corruption investigations on FML. The allegation is not only false, but irrational. It is being made for no other reason than to tarnish the name of Strive Masiyiwa.

2. The article makes the allegation that it was an investment of Z$180 million by FML that gave Strive control of Econet. This is nonsense. At all material times, Econet was under the control of Strive. No one else ever controlled it. I am not in a position to verify the exact amount that FML invested in Econet at the IPO. One would need to dig into the 20 year old records to come up with the amount. But, whatever amount FML invested, it invested for itself, not for Strive. At the time of the IPO, Econet was already owned 100% by TS Masiyiwa Holdings P/L. Only 40% of Econet was offered for subscription to FML and the investing public. Whatever amount FML invested, it is false to state that the investment helped Masiyiwa gain control of Econet as if Econet was under the control of someone else other than Strive Masiyiwa! He already controlled Econet. FML and the other investors merely diluted Masiyiwa, but only from 100% to 60%. I need to emphasise that the offer was oversubscribed. Although FML was an important investor, the IPO would still have succeeded without FML.

3. The words attributed to Ms Miriam Mutizwa in an attempt to explain the Econet IPO share issue statistics make a distortion of the financial facts. Telecel International had been a shareholder in Econet long before the IPO. When Telecel International withdrew from Econet, TS Masiyiwa Holdings P/L became the 100% shareholder of Econet. The debt to Ericson for the purchase of the mobile switch and other equipment was taken over by TS Masiyiwa Holdings P/L from Econet. In other words, the equipment that was owned by Econet was paid for by TS Masiyiwa Holdings P/L on behalf of its 100% subsidiary, Econet. Well before the IPO, Econet secured another Technical Partner, MTN. But TS Masiyiwa Holdings P/L acquired the 40% of Econet that was held by MTN well before the IPO in a restructuring exercise in preparation for the IPO. The partnerships with Telecel International and MTN were in history and did not need to be disclosed in the Prospectus. Neither Telecel International nor MTN had any claim over Econet shares at the time of the IPO. These had long been settled by TSM.
When TSM took over the debt Econet had to Ericson in respect of the purchase of the telecommunications equipment, Econet credited TSM’s shareholder loan account with the value of the equipment, namely Z$64,720,000.00. In order to strengthen the balance sheet of Econet, this shareholder loan was converted to shares. For the details, please refer to the disclosure at paragraph 6 of the Statutory and General Information of the Econet Prospectus. Kindly note that the significance of this conversion was to strengthen the Econet Balance Sheet. This had nothing to do with giving Masiyiwa control of Econet. He already had control. Of course the strengthening of the balance sheet meant the Company would be more valuable as its debt to TSM of Z$64,720,000 was extinguished. Indeed, 32.84% of the debt was actually written off by TSM.
4. The Prospectus states that, ” Econet, a wholly owned subsidiary of TSM…………” This speaks as at the date of the Prospectus. Therefore, this does not prove that Econet had never been partly owned by TSM’s former partners, Telecel International and then MTN. By definition, Human Rights Activists have the important role of engaging in social or political campaigns against the violation of Human rights. They are not equipped to explain the complexities of commercial transactions. If you approach the above words derived from the Econet Prospectus with the generosity of words that Human Rights Activists are gifted in, you will be accused of lying. The prospectus does not say what the writer of the article claims it says. Paragraph 6 of the Statutory and General Information of the Econet Prospectus states that 100% of Econet was owned by TSM “immediately prior to 14 August 1998”. This does not mean that TSM was always the sole shareholder. It was the sole shareholder at that point in time, namely, “immediately prior to 14 August 1998”. There were other shareholders before that point in time and after!!!!
5. Ms Miriam Mutizwa states that an amount of US$1million paid by Telecel International as a deposit towards the purchase of equipment by Econet from Ericson mysteriously ended up being an asset of TSM without the consent of Telecel International. This is a mischievous distortion of facts that is calculated to create the false impression that TSM committed fraud. When Telecel International withdrew from Econet, all its interests were paid out. Telecel International did not thereafter have any claim or interest in Econet. The Equipment did not cost US$1 million. It cost much more. The US$ 1 million was just a deposit. The debt for the equipment was assumed or taken over by TSM, which settled the debt. Econet then did not owe Ericson because TSM had settled the debt. Instead, Econet owed TSM. TSM decided to convert the debt to equity at a discount well after Telecel International and MTN ceased to be partners in the business. Ms Miriam Mutizwa is trying to distort the facts to create inconsistencies that do not exist. Therefore the allegation that the Masiyiwa family was fraudulently, unjustly and corruptly enriched is false and malicious. I think the writers of this article and its publishers owe the Masiyiwa family an apology over such unfair characterisation.
6. The rest of the article is mere gobbledygook!!! It comprises vexatious references to technical aspects of the prospectus and exchange control regulations which have no bearing on the issues under discussion. I will not dignify that with any further comment.
I must conclude by stating that I am fully aware of the provisions of Mathew 7 v 6. What I have thrown on the ground here are pearls. Very few appreciate them. Otherwise, I am ready to be torn to pieces!!!!!