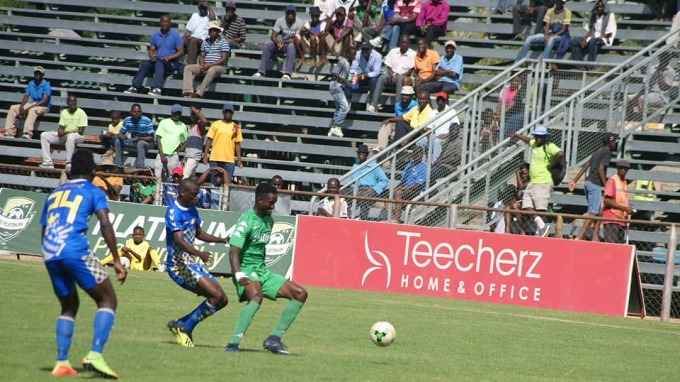 Zimbabwean Champions FC Platinum defied pessimists and are through to the Group Stage of the Total CAF Champions League after holding Congolese outfit AS Otoho D’yo to a goalless draw at Mandava Stadium in Zvishavane on Saturday. They go through on the away goals rule after they held their opponents to a 1-1 stalemate away last Sunday.

FC Platinum only needed a 0-0 draw which hey managed to achieve with the minimum of fuss. As a result, they now join Dynamos, Caps United and the now-defunct Monomotapa to play in the mini-league of the African Safari.

FC Platinum coach Norman Mapeza was happy on the historic achievement. He said

It is a massive achievement for me as a coach and the entire FC Platinum family, we really worked hard for this and no one gave us a chance, I am just short of words, with God everything is possible.

I think we defended very well today, there was a time I thought the legs were gone but they kept on pushing credit to the boys, they worked so hard today.