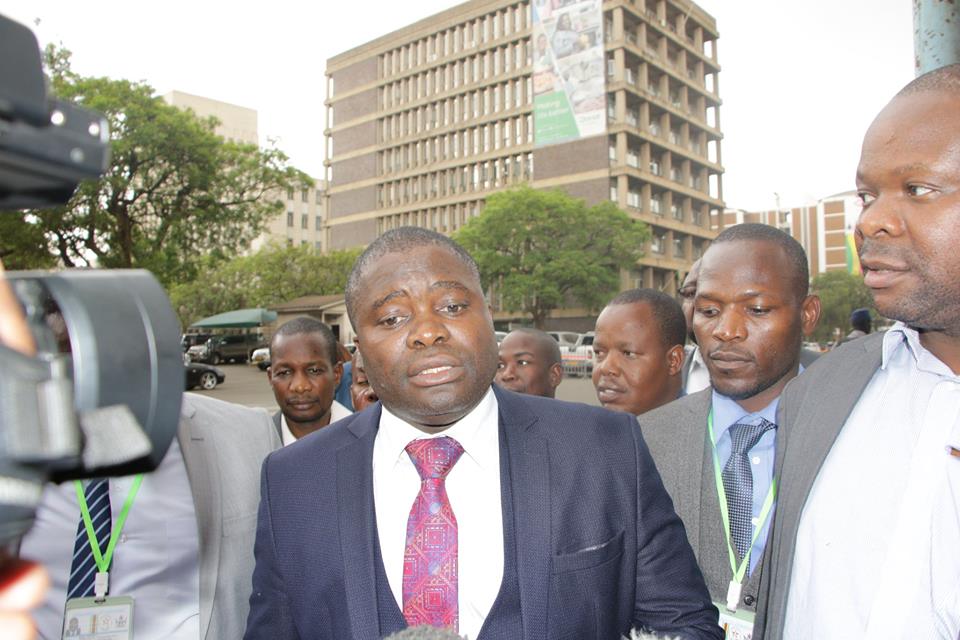 MDC Chief Whip on Prosper Mutseyami issued a statement justifying why the party’s legislators did not stand up when President Mnangagwa entered Parliament.

Mutseyami said legislators did not stand up because Mnangagwa is not the elected President. He said there is no rule that compels legislators to stand up when a President enters Parliament. Mutseyami further argues that Mnangagwa disrespected the House because he was wearing a Zanu-PF scarf. He also said leader of House of Assembly for the MDC, Thabitha Khumalo and Karenyi Kore have been hospitalized and others injured following skirmishes with the police. We publish Mutseyami’s statement below:

MDC members of Parliament did not stand up when the illegitimate Emmerson Mnangagwa entered the chambers leading to the Speaker of Parliament ordering MDC MPs to walk out of the house, which they refused.

Police officers were called in to disperse the MDC MPS from the chambers, and they did so violently, assaulting members of parliament.

There posits our problem.

The MDC is disturbed by the continued use of force by this government – a clear failure to break from their violent past. We insist that this illegitimate government will kill just to maintain the grip of power, but as the MDC, we will keep the pressure until they give in to the will of the people.

We continue to pursue every democratic right to ensure the people’s hope is not destroyed. A clean, caring and respectful government is what the people of Zimbabwe deserve.