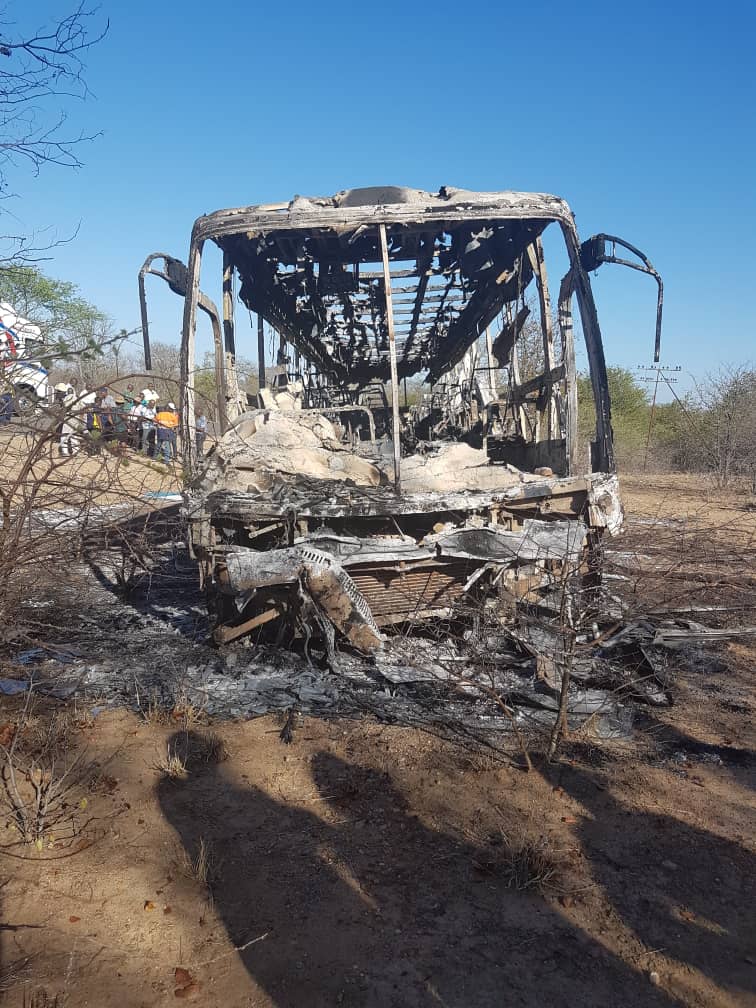 A survivor of the West Nicholson Bus accident Onias Ndlovu revealed more details of what happened on the tragic night. The accident occurred around 11 pm when a Brooklyn Express coach travelling from Zvishavane to Musina caught fire after a suspected gas leak. The resultant blaze killed a reported 32 people. Ndlovu resides in Ensidi resettlement and boarded the Bus in Gwanda. He spoke from his hospital bed where he is admitted at Gwanda General Hospital. He said

I was seated three seats from the driver’s seat. There was some smell emanating from the front, and no one could tell what it was. It is at that time that the driver switched on the interior lights, slowed down the bus, showing indications of wanting to stop so that we investigate the source of the choking smell.

Before the bus stopped, there was a huge explosion and in seconds, a huge fire broke out, quickly spreading to the rear of the bus. The blaze spread at terrifying speed, with the flames starting just behind the driver’s seat before engulfing the whole bus.

I doubt even the Fire Brigade could have saved them even if they had arrived on time. I just do not know how I managed to get out of the bus as there were flames all over. the smoke was also choking us and there was a stampede.