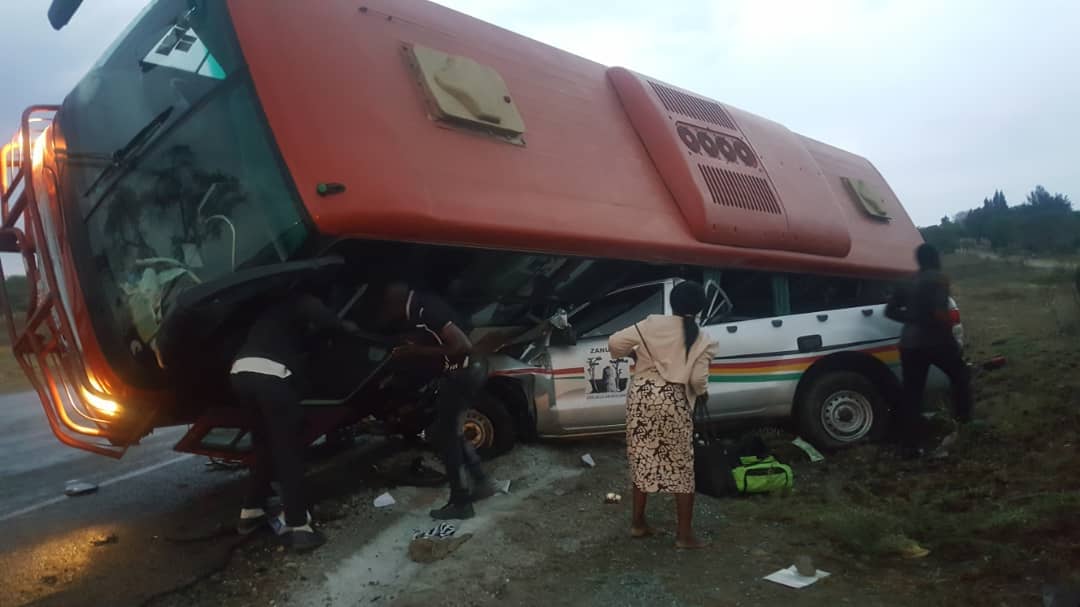 Zanu-PF Midlands Province deputy chairperson and Central Committee member Godwin Shiri died after the party vehicle he was driving was involved in a head on collision with a bus at around 6PM near Bata Shoe Company in Gweru yesterday.

Shiri was travelling with his wife and a worker. Shiri was going to their farm on the outskirts of Gweru when the accident occurred. Shiri’s wife was referred to a hospital in Gweru while the worker escaped unhurt. Zanu-PF Midlands Province chairperson Daniel MacKenzie Ncube confirmed Shiri’s death saying:

Yes, it is with deepest sadness that I confirm the passing of one of the strongest party supporters in the province and country at large. Cde Shiri died after the vehicle he was travelling in was involved in a head on collision with a bus that was coming from Bulawayo headed for Gweru. Cde Shiri was driving to his farm towards Bulawayo when some stray donkeys walked onto the road. The bus driver and Cde Shiri thought of avoiding the donkeys at the same time before eventually colliding. Cde Shiri died on the spot.