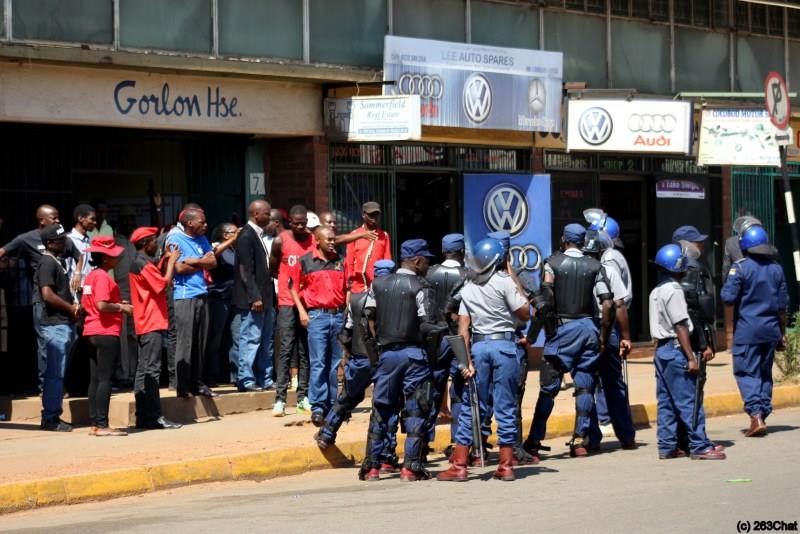 Spokesperson of the Nelson Chamisa led MDC-T, Jacob Mafume told the Daily News yesterday that his party will join the Zimbabwe Congress of Trade Unions (ZCTU) in protesting against the deteriorating economic conditions in Zimbabwe.

Mafume said the resolution was made during the MDC’s urgent national executive committee meeting that was held at the party headquarters in Harare yesterday. Said Mafume:

It was resolved by the national executive that we should show that we are with the people during this tough time, so we must join them in demonstrating against a government that is clearly clueless on how they can extricate the country out of the economic quagmire. People have come to a point where they are saying enough is enough, hence the ZCTU action which we commend and will complement very soon after we meet all the stakeholders to come up with a convenient date. We have also been consulting our structures and they have signalled that they have had enough so we will stand with them in solidarity as dictated by the Constitution which provides for the right to demonstrate.