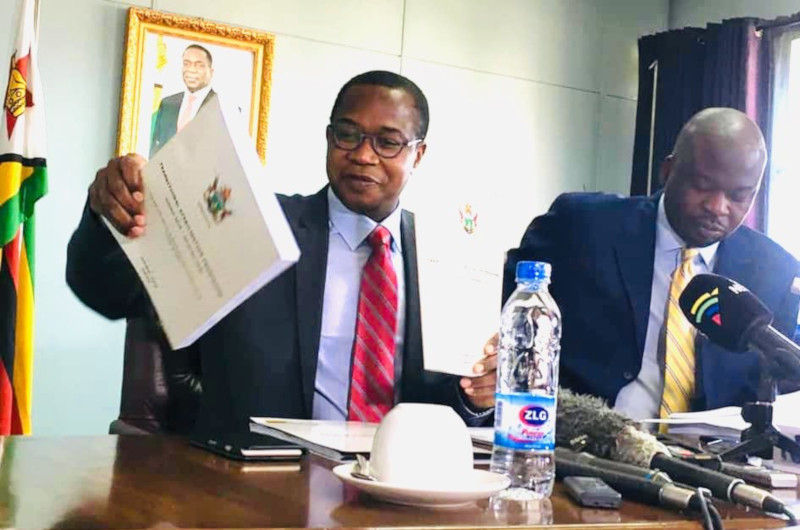 The government has gazetted the 2 percent money transfer tax which was announced by Minister of Finance and Economic Development Mthuli Ncube. The government gazetted Statutory instrument 205 of 2018 Finance (Rate and Incidence of Intermediated Money Transfer Tax) Regulations, 2018 which states that the tax will be chargeable from the day after the promulgation of the regulations. Here is an excerpt from the new regulations

IT is hereby notified that the Minister of Finance has, in terms of section 3 of the Finance Act [Chapter 23:04], made the following regulations: —

1. These regulations may be cited as the Finance (Rate and Incidence of Intermediated Money Transfer Tax) Regulations, 2018.

2. With effect from the day after the promulgation of these regulations, section 22G the Finance Act [Chapter 23:04] is repealed and the following is substituted:

With effect from the day after the promulgation of these regulations, the intermediated money transfer tax chargeable in terms of section 36G of the Taxes Act shall be calculated at the rate of zero comma zero two United States dollars on every dollar transacted for each transaction on which the tax is payable:

Legal watchdog Veritas had previously said that the Minister’s announcement was illegal because the Minister does not have the power to change an act of parliament through a ministerial statement. However, Veritas went on to say,

The Minister’s should have been advised to gazette regulations changing the rate of the tax on the same day as his statement, the 1st October. He has the power to make such regulations under section 3(2) of the Finance Act.

The minister appeared to have since complied whith this advice. Veritas went on to say,

(a) passes its second reading stage in Parliament on one of the twenty eight days on which Parliament sits next after the coming into operation of the instrument: and

(b) becomes law not later than six months after the date of such second reading;

This means that if the time limits for confirmation are not complied with, any changes they may have made will fall away as if never made at all [same Act, section 3(3)] [i.e. taxes, etc collected might have to be refunded]