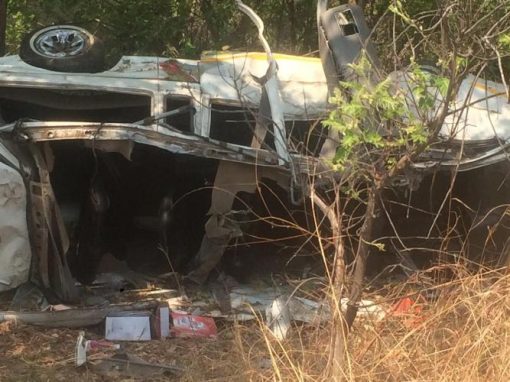 Five people died and 17 others were seriously injured yesterday when an overloaded commuter omnibus they were travelling in, overturned at the 32-kilometre peg along the Mazowe-Centenary Highway.

Three of the deceased are female and two are males. Five passengers were seriously injured, including the driver and were rushed to Parirenyatwa Hospital in Harare. Eight other passengers are admitted to Mvurwi Hospital while four are being treated at Concession Hospital

I can confirm that four people died on the spot at Tsatse River, Concession while one juvenile died upon admission to Mvurwi Hospital when a speeding Toyota Hiace they were travelling in overturned.The accident was as a result of overloading and speeding since it had 22 passengers on board. The driver lost control at a steep curve and it overturned, killing innocent souls in the process