The ceremony had to be delayed for close to 20 minutes as the opposition supporters sang and danced chanting. In his statement Mudenda also warned legislators against harassing members of the judiciary. Below is Mudenda’s full statement: 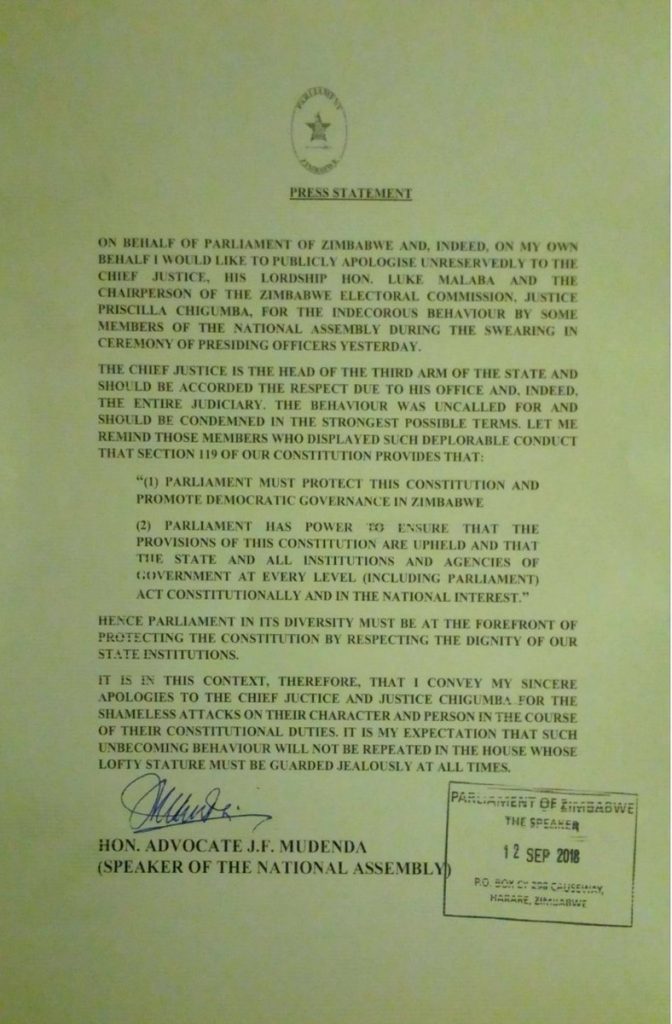