New Minister of Health and Child Care, Obadiah Moyo who was appointed by President Emmerson Mnangagwa on Friday, has been alleged to be a fraud who fabricated academic qualifications he does not possess. This was revealed by online publication Zimlive.com which quoted diplomatic cables sent by the United States Embassy.

One such cable from 2008, which was leaked by whistleblowing website, Wikileaks reads,

Mr Moyo told us that drug supplies and infrastructure have declined in recent years, and foreign currency is needed to replenish stocks. In the meeting with donors and other CEOs on November 18, Mr Moyo began his remarks by first explaining that the problem is a lack of cash because the RBZ cannot print enough, and he asked donors to support the hospitals and health infrastructure in a “big way”. (NOTE: Moyo’s business card indicates he has both a PhD and a medical degree. After our initial meeting, we learned that he earned neither. Rather, he was Sally Mugabe’s dialysis technician at Parirenyatwa throughout her long struggle with a kidney disease. After Sally’s death, Mr Moyo suddenly became Dr Moyo, and in 2004 he became CEO of Chitungwiza Hospital. END NOTE.) 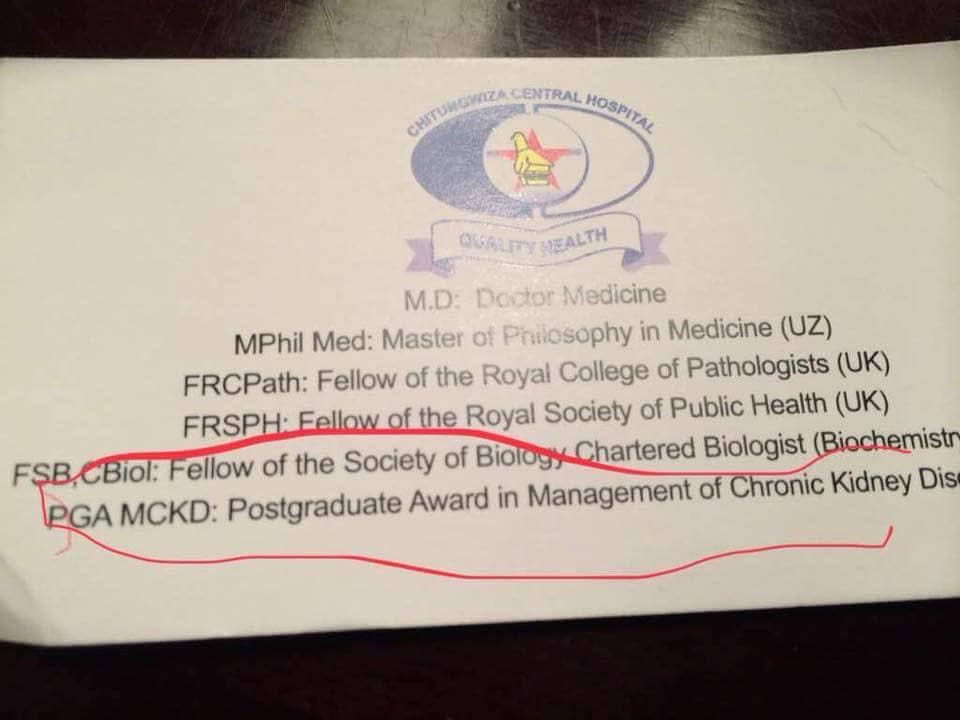 Moyo does not seem to be registered with the Medical and Dental Practitioners Council of Zimbabwe (MDPCZ) although his predecessor David Parirenyatwa is listed together with details about his medical qualifications. Without the MDPCZ registration, Moyo’s pathology laboratory in Harare is not operating according to the law.

Moyo was yet to respond to questions when asked to comment by Zimlive.com