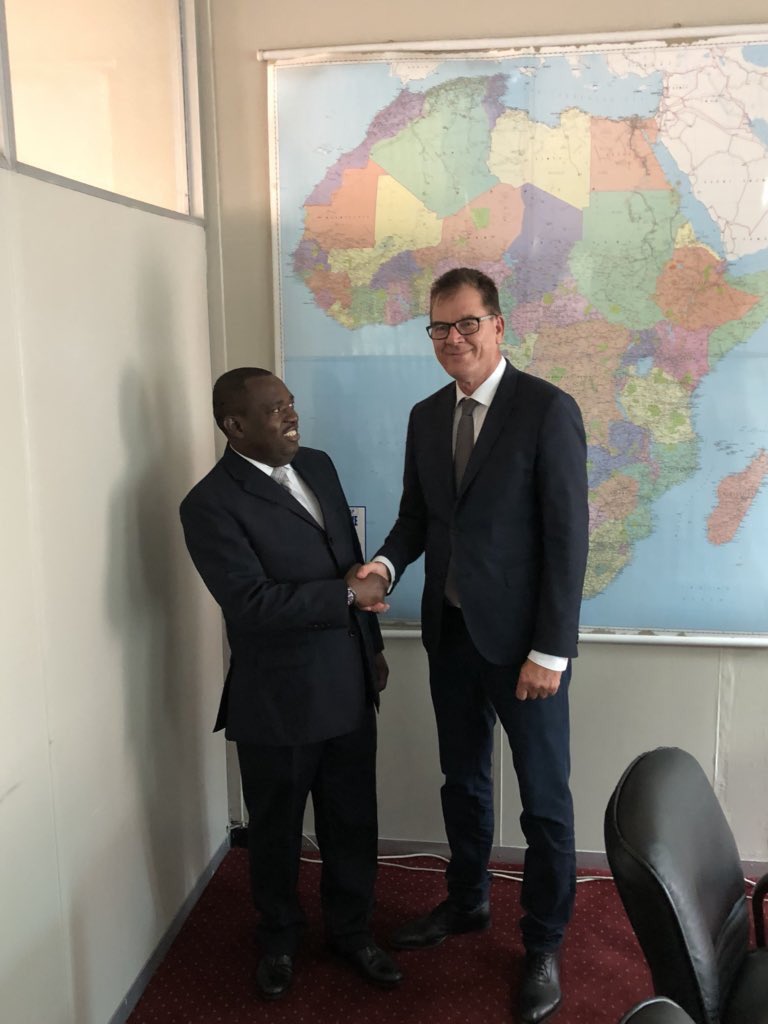 Speaking after a meeting with Minister of Foreign Affairs and International Trade, Sibusiso Moyo on Tuesday afternoon, Germany Minister for Economic Cooperation and Development, Dr Gerd Muller congratulated President Mnangagwa on his election.

Speaking through an interpreter, Dr Muller said he was hopeful Mnangagwa will implement the reforms he has announced. Said Muller:

Zimbabwe just held elections, and it elected a new President and a new parliament and this was extremely important that the elections take place and that the country waited for the result of the court ruling and that this court ruling was recognised. Now I will congratulate the new President on his election and we are very hopeful that the reforms that have been announced will be launched and brought on the way that we want to build-on,