Tinago was a three-time Commonwealth champion, who fought in the super feather, lightweight, light welterweight, welterweight divisions between 1967 and 1987. However, after he retired from boxing he struggled financially in his later years. 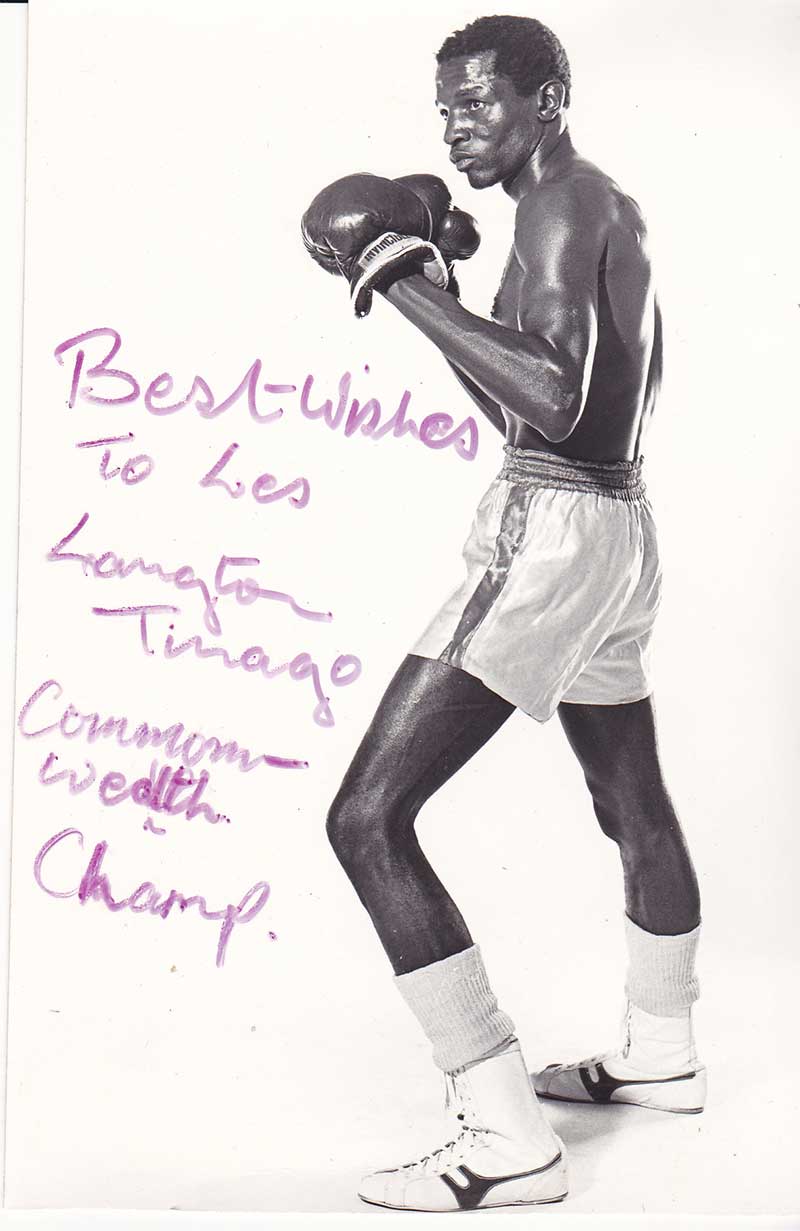