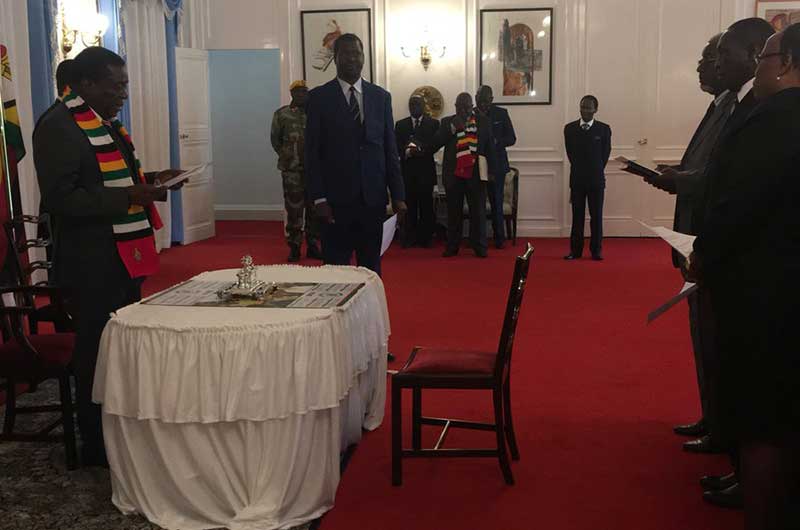 President Emmerson Mnangagwa has sworn in a three-member tribunal which will investigate allegations against suspended Prosecutor-General Ray Goba to determine if he is fit to continue in his current office. Goba is facing allegations of failing to prosecute high profile criminals and putting his office into disrepute by using abusive language and insulting lawyers. He has also been accused of sneaking out of the country, without Cabinet’s authority.

The members of the tribunal who were sworn in President Emmerson Mnangagwa on Tuesday morning at the State House are, Retired High Court judge Justice November Mtshiya, Advocate Takawira Nzombe and another practising lawyer Ms Wendy Chingeya.

President Mnangagwa is yet to name an Acting-Prosecutor General. Speaking to the Herald, Secretary for Justice, Legal and Parliamentary Affairs Mrs Virginia Mabiza said

The Acting PG will be announced in due course. Adv Goba was suspended on allegations of failing to prosecute high profile cases, among other charges. Whoever will take over the reign, must prioritise the fight against corruption, especially prosecution of high-profile cases.