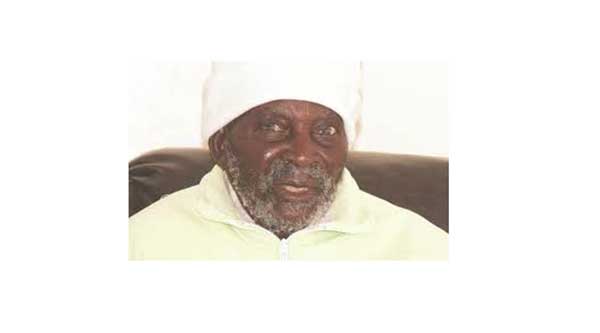 The leader of the Johane Masowe eChishanu Vadzidzi VaJeso apostolic sect, Mudzidzi Wimbo, real name Aaron Mhukuta Gomo who died on Thursday, was buried at the church’s shrine in Shamva in the absence of his family. Wimbo who died at the age of 96 after a long illness was buried the next day without his family in attendance. Instead, the family was at the homestead where they held their own funeral wake. This follows a dispute which saw Mudzidzi Wimbo permanently leaving his family home in 2015 to stay at the church shrine. Speaking to The Standard, his son Abevaishen said,

There is conflict between church members and the family because of the way he left here and started staying at the shrine. He was forced. The matter was brought before former president Robert Mugabe and a committee was set up.It made enquiries, but nothing happened. We were expecting that with the new leadership, things would be corrected, but that has not been the case. Nothing has happened and now our father has passed on and has been buried there [at the shrine] without his family. The whole family and other church members are here at his homestead…This is a new thing to us and it is very strange that we have two separate funerals at the church and homestead and the government leadership is there and folding their hands.

…However, there are two churches now — the one at the shrine and the other here. We are going separate ways.

Mudzidzi Wimbo is reported to have made a prophecy in 1957 that independent Zimbabwe would be led by a man with the name of an angel, Gabriel, which apparently, came to pass when former president Robert Gabriel Mugabe became Zimbabwe’s leader in 1980.