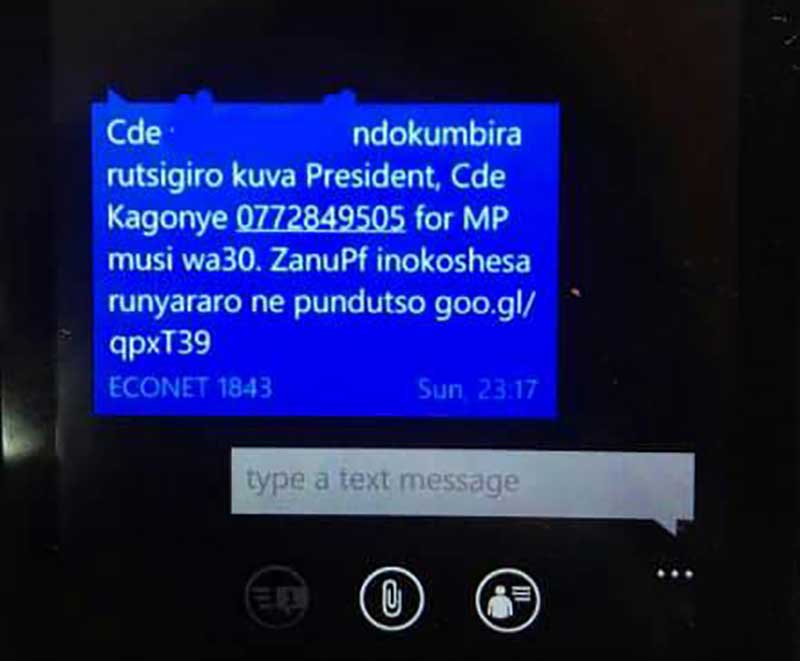 The country’s biggest mobile network operator Econet Wireless Zimbabwe has distanced itself from the Zimbabwe Electoral Commission (Zec)’s claims that it and other MNO’s may have sold their databases to political parties, in particular, Zanu-PF. This came after Zec commissioners where asked to explain how Zanu-PF was able to get the data to allow it to send targetted bulk messages to people asking them to vote for the party’s candidates in the July 30 harmonised elections. 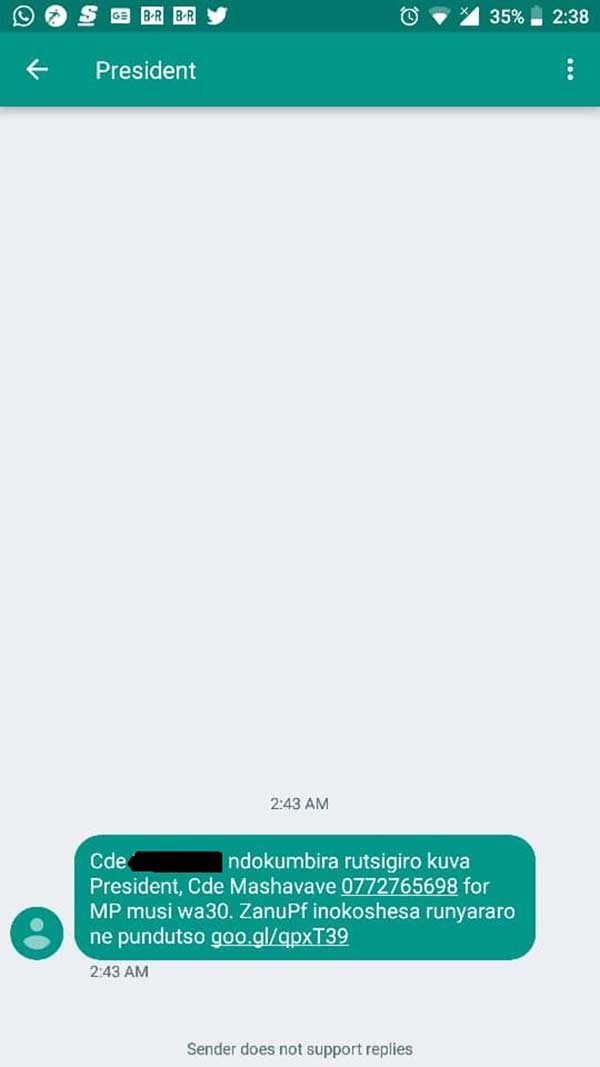 The commissioners who were at the Monday media brief tried to distance themselves and offered a number of explanations, although all of the explanations were ultimately unsatisfactory because they did not explain how Zanu-PF knew people’s constituencies.

Zec commissioner Netsai Mushonga said that the political party had done the research on its own and reminded people that they leave their mobile numbers in a number of places including supermarkets. Commissioner Qhubani Moyo, on the other hand, said that mobile network operators have facilities where they sell their databases to third parties for bulk messaging.

Responding to questions on whether it had sold the database on social media, Econet said,

Econet holds customer and client data in the strictest of confidence, in line with the requirements of the law. It does not give or sell any customer data to third parties. The company only shares relevant customer information with regulatory authorities, such POTRAZ, in line with subscriber registration rules and its licensing requirement.

Zec chairperson Priscilla Chigumba later promised to investigate whether the data was leaked from Zec to and to take the necessary action if so,  after a reporter pointed out that the only organisation which had all the data in question was Zec.  The voters’ roll which was made available to the public does not contain phone numbers.