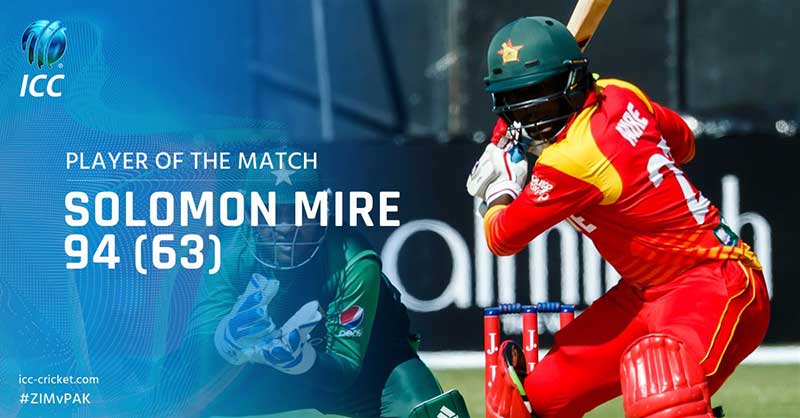 Pakistan sealed its place in the T20I triangular series final after defeating Zimbabwe by 7 wickets in the fourth match of the series at Harare Sports Club today. Pakistan will now face Australia in the final with Zimbabwe out of the running.

Zimbabwe batted first and scored 162/4 in the full 20 overs. Solomon Mire played a magnificent innings scoring 94 runs from 63 balls, the highest score by a Zimbabwean batsman in a T20I match.  In response, Pakistan scored 163/3 to win the match by 7 wickets with 5 balls remaining. Pakistan captain Sarfraz Ahmed scored an unbeaten 38 runs while Talat Ali made 44.