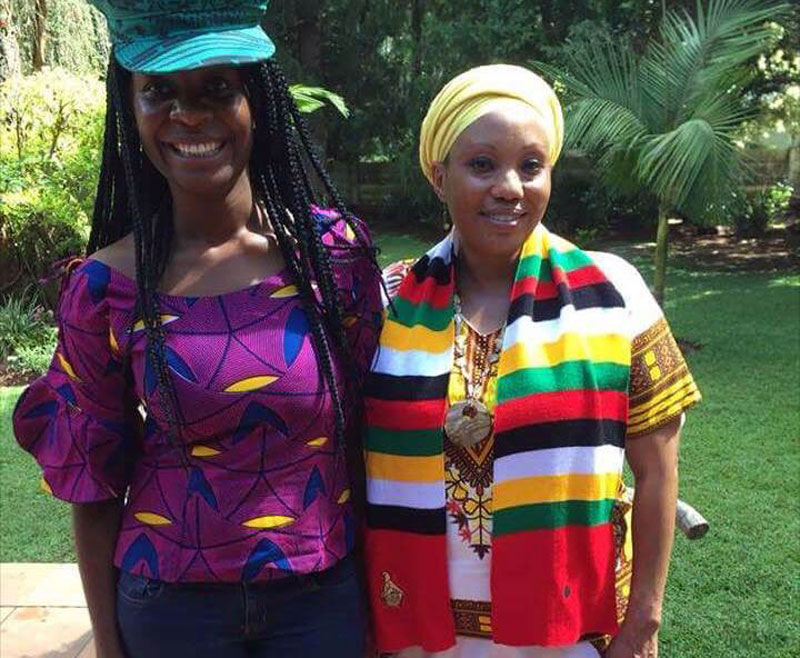 Zimbabwe Electoral Commission (ZEC) commissioner Dr Qhubani Moyo has been exposed for lying about a photograph of Justice Priscilla Chigumba wearing a scarf that has become synonymous with President Emmerson Mnangagwa.

Moyo is quoted by the State owned Chronicle saying the image is fake and meant to create an impression that Zec is partisan to some political parties. Said Moyo:

The fake picture of Justice Chigumba wearing a scarf popularly associated with one party is meant to create an impression that Zec is partisan to some political parties. The commission remains resolute in its independence as provided for by the constitution of Zimbabwe. We’ll continue to ensure that Zimbabweans are protected from such criminal elements.

However a Facebook post by Celia Rukato the designer of the Mnangagwa scarf on 5 February 2018 on her company page Chjaa Enterprises proves that Moyo is lying. Below is the image: