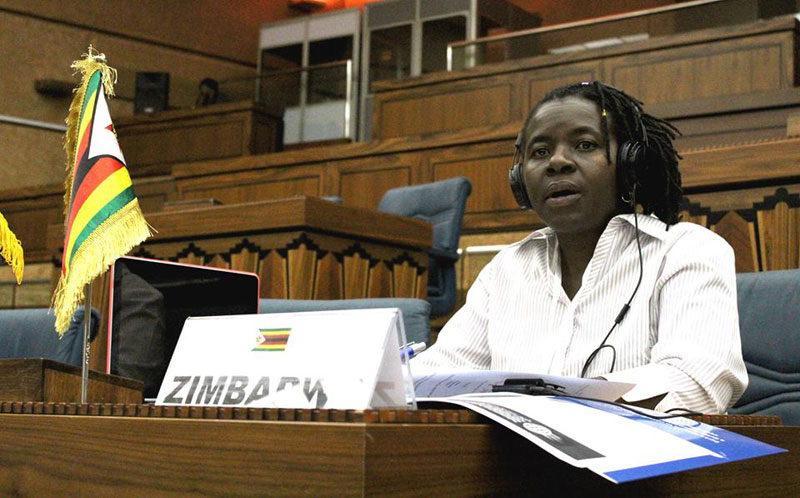 MDC-T candidate for Harare West Joanna Mamombe has accused sitting member of parliament Jessie Majome of peddling lies in order to malign her reputation. Majome decided to run as an independent after complaining that the there were irregularities in the MDC-T primary elections.  Majome also disputed that the MDC-T had offered to negotiate with her saying that they had ignored her requests.

We publish Mamombe’s response in full below.

Following successive press statements by Hon Jessie Majome, many of which raise clearly false and libellous statements it has become necessary that I set the record straight. It is disconcerting that Hon. Jessie Majome can continue to peddle lies and in the process willfully, impugn and malign my reputation.

1. I generally had taken the attitude that I would not engage in any media exchanges with Hon. Majome as I considered these issues to be within the purview of discipline and conduct normally handled by the appropriate structures in the Party.

2. In the statement released by Hon. Majome after submission of her nomination papers on the 13th of June, she makes a false, wild and untrue statement that I had “bags of Party cards” which I distributed to the members. This is malicious in that it insinuates that these cards were ill-gotten through underhand and possibly incestuous relationships with senior party leadership. It is also malicious and defamatory in that it suggests that I am a corrupt candidate and therefore not fit for public office. The facts of the matter are that I never had any bags of cards

3. I joined the Party in 2012 while studying at Chinhoyi University and therefore have had 6 years of membership in the MDC-T. Hon. Majome continues to feed a false media narrative that she generated, that I am unqualified to be a candidate because I have not had five years of Party membership which is clearly false. What baffles me is that she has the audacity to rely on an H Metro headline article which claims that I joined MDC-T in 2015. I never had any interview with this discredited tabloid, to begin with, and secondly, Hon. Majome should know only too well that these tabloids are propaganda outfits of ZANU PF. The fact is that I am a qualified candidate for the National Assembly and have met all criteria set by the MDC-T to contest in the primary elections.

4. Hon. Majome believes and alleges that I am not from Harare West. This is false. My father has a property in Harare west whose address I have used for the registration purposes. I have stayed in this house from childhood. My mother has a property in Glen Norah where on occasion I have also stayed. I have also been in the structures of the MDC-T in Harare West since 2013 and on several occasions attended Party meetings even at Hon. Majome’s residence. It is therefore dishonest to raise the issue of my address now that I want to contest as a candidate.

5. I was approved by the MDC-T Elections Directorate to participate in the Party primary elections after I had submitted my application. I intended to challenge Hon. Majome in a primary and therefore had mixed feelings after she withdrew. The Party has declared me as the official MDC-Alliance candidate for Harare West. I am in the process of campaigning and appeal to Harare Westerners to support my candidature. The Harare West seat is a reserved constituency under the women’s quota regulations of the MDC-T. It is therefore dishonest for Hon. Majome to allege that a primary was not done between myself and another Party member by the name Malcom (male candidate) after she withdrew.

I promise to be a true ambassador for Harare westerners in the House of Assembly to further the legislative and development agenda as mandated. As a Public Health Specialist, I particularly want to focus and further the agenda for reforming our archaic public health laws and systems. Further, our constituency faces many challenges which require urgent attention. I promise to provide leadership so that collectively we can find solutions and effective representation.
#ChamisaCheteChete, #MDC-Alliance