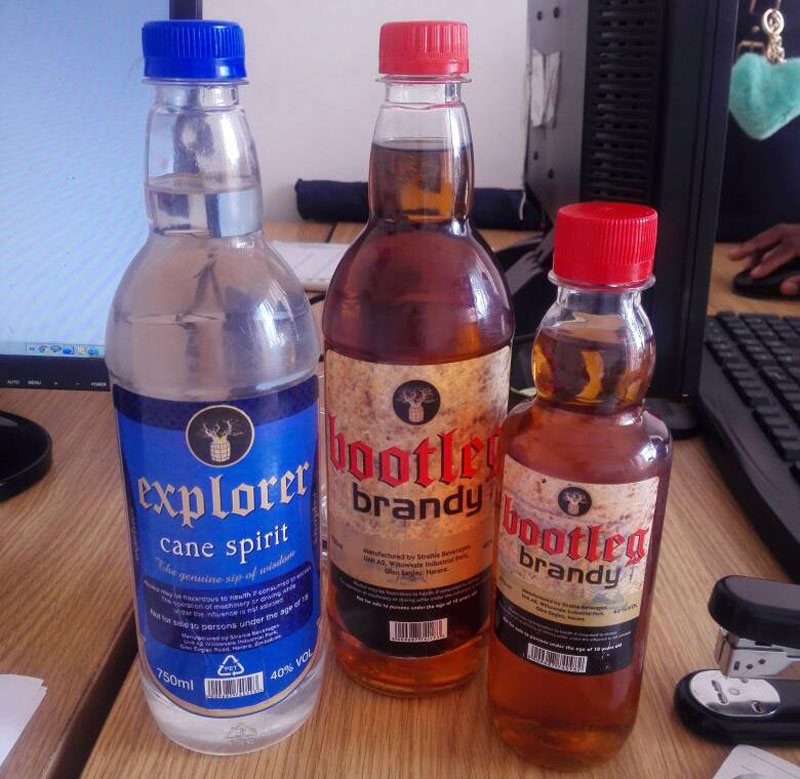 Two people died while another person has been hospitalised after a drinking competition went wrong in Pumula, Bulawayo. All three victims are reported to have consumed at least 1 litre of Explorer Cane Spirit which has an alcohol content of about 40 percent. After the three collapsed, the people who had been cheering on the competition fled.

I can confirm receiving a report on two men who died due to excessive drinking. The trio each drank a 750ml bottle and another three by 375ml of Explorer Cane Spirit per person, in a space of one hour before they all collapsed. After they were all unconscious for more than 15 minutes, a bartender called an ambulance and they were rushed to Mpilo Central Hospital. Two were pronounced dead while the other one gained consciousness and is said to be recovering…Some people are fighting hard to stay alive while others are extremely careless with the gift of life.