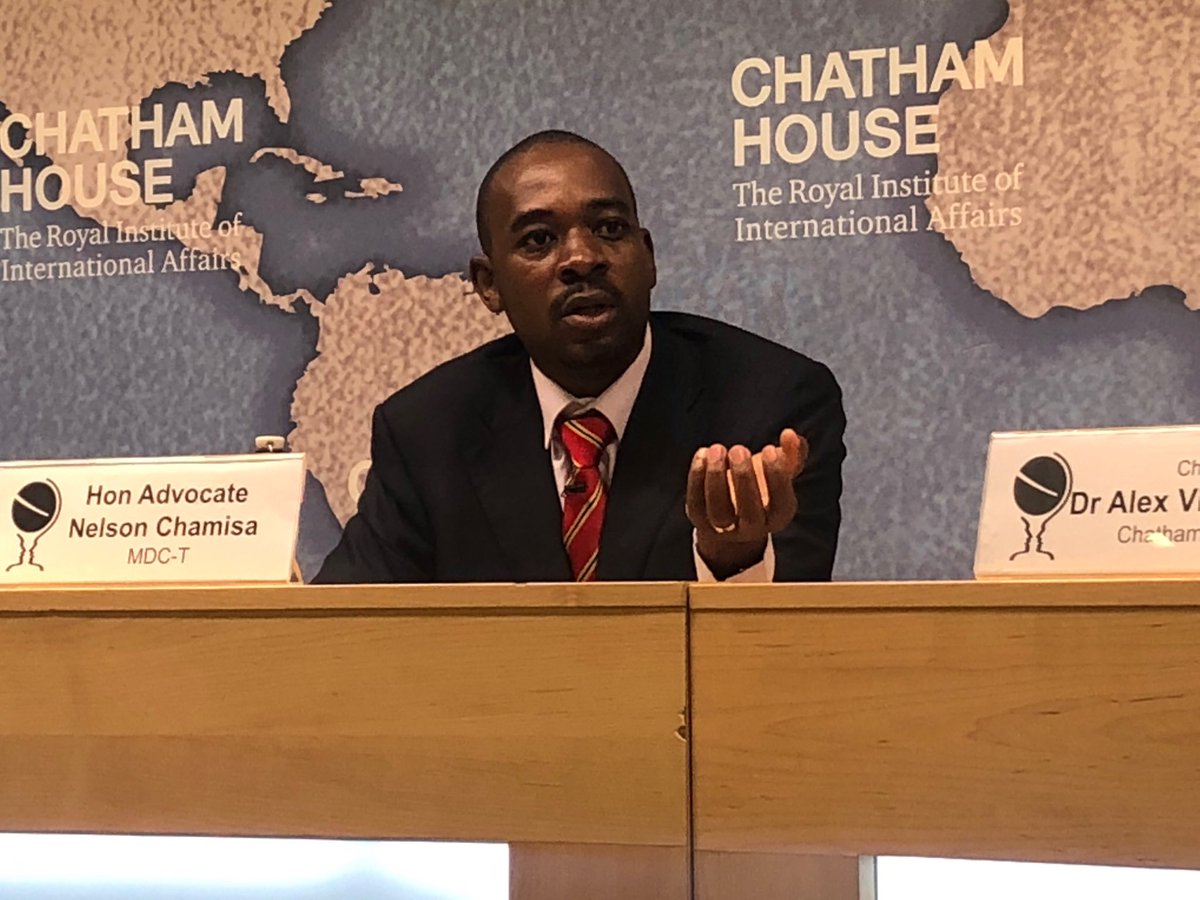 MDC-T president Nelson Chamisa has warned the United Kingdom that backing President Emmerson Mnangagwa in order to get political stability in Zimbabwe could backfire. Chamisa warned that this approach could lead to instability. Speaking at Chatham House in the United Kingdom, Chamisa said,

We have seen that there has been a bit of a shift on the part of the British government in terms of focusing more on political stability and trade and commerce at the expense of democracy.But that is a false narrative, you can never have stability without democracy.

We expect Britain and the EU to speak for free and fair elections. There’s a very disturbing trend in the context of the British government in Zimbabwe.We’re seeing the inclination to align with one political party against another. That is disturbing, particularly in terms of the issue of just setting the basic standard for free and fair elections.

Officials at the British Embassy have constantly refuted the allegations that they are backing President Emmerson Mnangagwa.

You can watch Chamisa’s full address at Chatham House here.

7 comments on “You Can Never Have Stability Without Democracy: Chamisa Warns UK About Backing Zanu-PF”