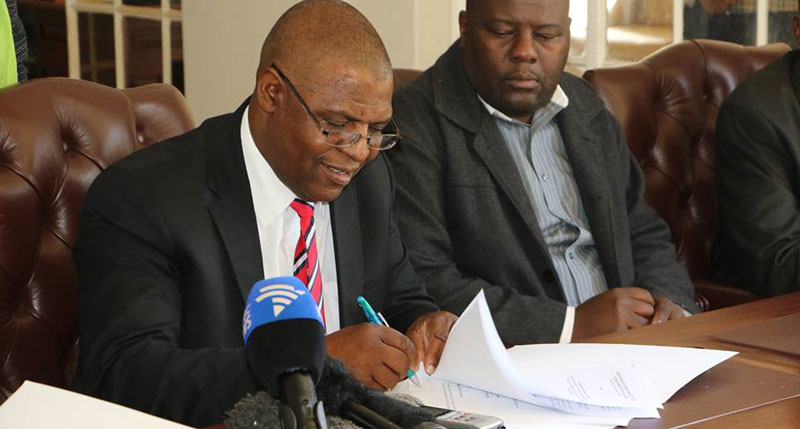 Professor Welshman Ncube’s MDC party has claimed that it may have been the subject of an assassination attempt. This comes after party deputy President Edwin Mushoriwa was involved in a car crash with an alleged Central Intelligence Organisation (CIO) officer. The CIO officer is reported to have fled the scene immediately. However, there were no fatalities in Mushoriwa’s car.

The MDC deputy President Cde Edwin Mushoriwa was involved in a road accident along Harare drive Saturday evening while travelling from an MDC Alliance rally held in Kotwa.All the four occupants escaped unhurt when their vehicle was hit by a Central Intelligence Organisation (CIO) operative who fled the scene at high speed with the damaged deputy President’s car in hot pursuit.

The MDC is not ruling out foul play at the moment given Zanu PF’s elimination history and CIO. As a political player, we don’t take these hit and run accidents lightly especially if they happen during election period, linkage to mysterious accidents.