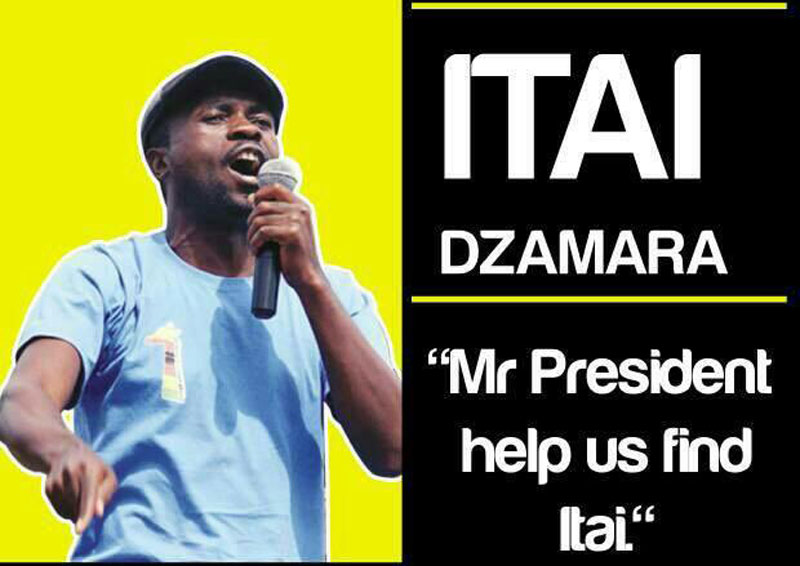 Pro-democracy activist Itai Dzamara disappeared on the 9th of March three years ago after he was abducted by as yet to be identified people. People gathered at Africa Unity Square today to mark the anniversary of his disappearance. They urged President Emmerson Mnangagwa’s government to prove its commitment to doing things differently by revealing Itai’s fate. Others also took to Twitter, to express the same feelings.

It’s 3 years today since Itai Dzamara was abducted by suspected State security agents. His family still have no answers about what happened to him. The so-called new dispensation has ignored their requests for answers. We must not stop asking: #WhereisItai? #BringBackItai #BBID pic.twitter.com/K4gyC2BbCP

If the new Government under the leadership of Emmerson Mnangagwa is committed to a new era of democracy & freedom then it must reveal all it knows about what happened to Itai Dzamara . If they fail to do this then we must assume that their promises are simply smoke & mirrors. https://t.co/84iuTuBErM

Three years, and still no arrests. How come ED?
[Inspired by @3Billboards and @officialJ4G, design by @bayhaus]

ED definitely knows what happened to Itai Dzamara, I wonder what punishment does he need to brief the nation. Dead or alive just free him. Some people are ruthless and don't have a parent heart ♥.