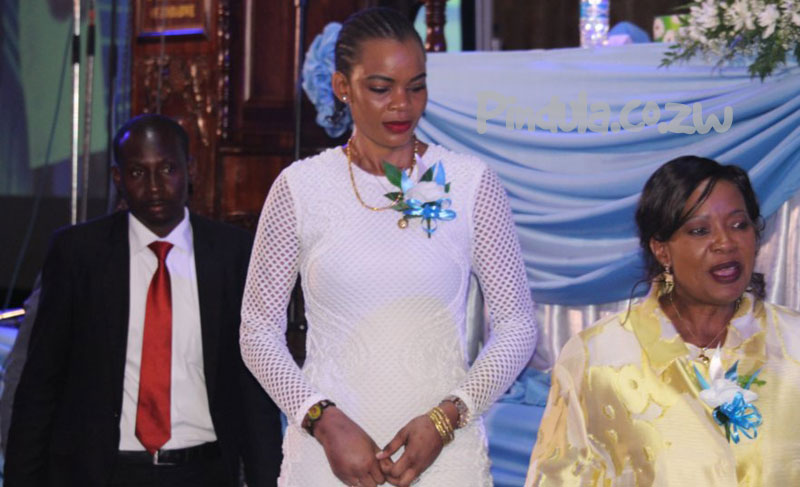 My presence here as the second lady of the republic of Zimbabwe has never happened before, at least as far as I know, Mai Mnangangwa has taught us good workmanship and team effort, proving that no matter how hard the work might be, there is someone to help. She is not a selfish first lady, she is someone who knows how to delegate, what she can’t do, she assign someone to do it on her behalf. It is now different because we used to know that everything was entitled to one person, I would like to thank God for giving us Amai Mnangangwa, a mother who has dignity, a mother who respect her family. Ever since she was called the first lady she has never used hash words against anyone, I have never heard her shouting ‘STOP IT’ to anyone.

3 comments on “Marry Chiwenga Mocks Grace Mugabe, Praises Auxillia For Not Being Selfish”