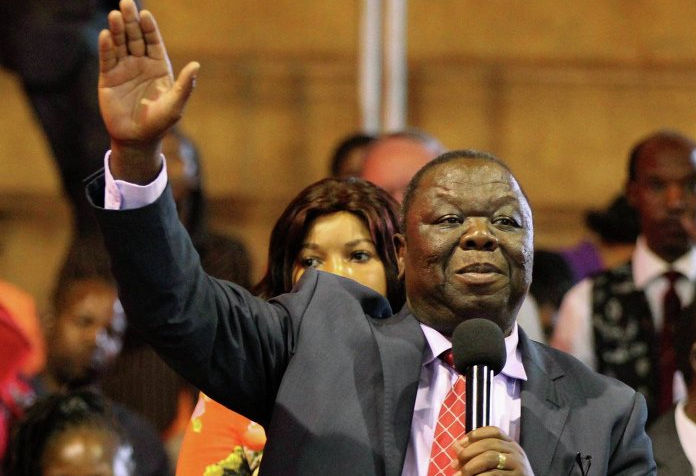 An audio of the late Morgan Tsvangirai speaking on who takes over in his absence is doing the rounds on the internet.

In the audio Tsvangirai can be heard explaining that the appointment of Nelson Chamisa and Elias Mudzuri as co-deputy presidents was not done to undermine Thokozani Khupe who was elected by MDC-T’s Congress. Said Tsvangirai:

In fact let me say, Party inoyi we hope kuti it’s not a one off party. That it is a party for the future. That isusu ana Tsvangirai we are just there for a period but the future is inherited by others who will takeover the leadership. Handidi kufira pachigaro saMugabe.

So, who knows, if I am not there the vice president takes over. Handiti ndizvo? (Isn’t that so?) Kana vice president aita takeover mamwe ma regions oti maisirei iyeye iye aka elekitwa necongress zvinofamba here? You have to understand, please remove this idea that the idea of appointing other vice presidents was intended to undermine anyone it was not the case.

Tsvangirai also added that he wanted people to occupy positions after being elected on their own merit. Said Tsvangirai: