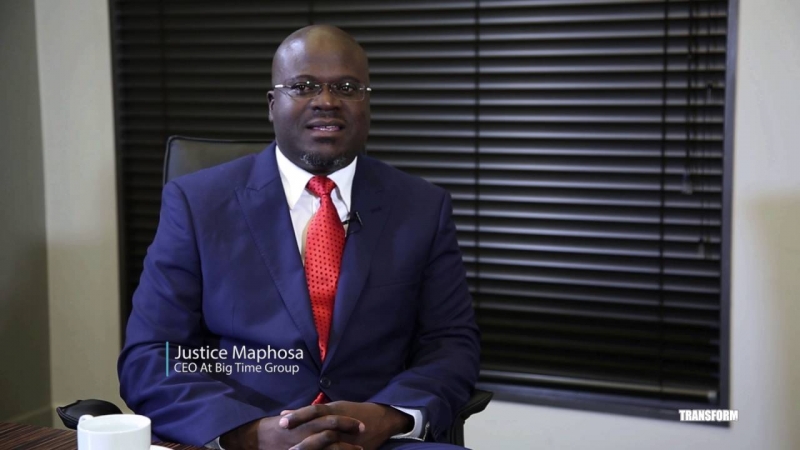 In an interview with the Herald, South Africa based Zimbabwean businessman Justice Maphosa narrated how he took care of President Emmerson Mnangagwa when he ran away from his former boss Robert Mugabe.

Maphosa said harbouring Mnangagwa was his God given purpose and that he did not think twice when Mnangagwa’s son Emmerson Mnangagwa Junior called him requesting for refuge. Said Maphosa:

If I couldn’t answer the call to help a fellow Zimbabwean then what sort of person would I be? Actually, I did not do this. I did not host the President. In fact, God positioned me to be in the right time to receive that call at the right time and our President to make it to me at the right time. I was given the right tools to help and that is how it happened. I received the call from Emmerson. They were in the middle of nowhere and needed help. He said to me father is seeking refuge. I did not think twice. I answered the call.

Maphosa said Mnangagwa was a down to earth man and mentioned that he did not realise that he was hosting a man that would one day lead Zimbabwe. He added that Mnangagwa did not argue with him when he challenged him on how the Zanu-PF government had gone wrong. He also mentioned that he and Mnangagwa are working on a book about his experience escaping Mugabe and assuming leadership after the military intervention dubbed Operation Restore Legacy. Said Maphosa:

I haven’t told you anything of the whole story. It is a story that belongs to two people. Me and him. He will tell you the rest of his story. You are the journalists and you should go to Harare and seek him out. He will tell you some of the personal things I cannot reveal about his stay. Apart from that though, you can read the whole story soon. The President and I are planning on writing a book about that.

Maphosa said that if Mugabe’s sons Robert Mugabe Junior or Chatunga had called requesting for refuge he would have done the same for them saying that “It is our duty to help our kith and kin – as Zimbabweans – regardless of our differences. We are all Zimbabweans. We are brothers and sisters!”