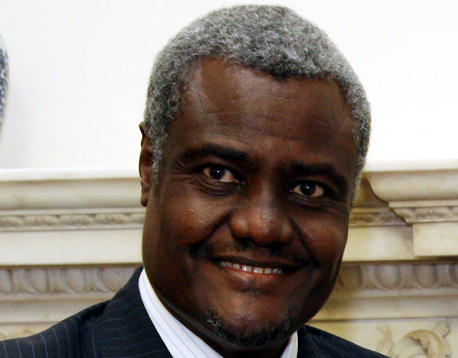 The African Union is ready to work with Emmerson Mnangagwa’s government and is keen to learn ways it can support it, said African Union Commission Chairman Moussa Faki Mahamat in Harare on Monday.

“…we highly appreciate the way that the transition has taken place and also according to the laws and constitution of the country. We have come at this period in order to consult with the Government on how to support Zimbabwe during this crucial period of transition. I want to thank the Minister of Foreign Affairs and International Trade for the warm welcome that has been accorded to us and also the meeting we have had which has been very enriching.

We also appreciate highly the way the President of the Republic and Government has opened up the political field so that there can be free, fair and credible elections that can be organised in the country.

I have come here with the Commissioner in charge of political affairs (Minata Samate Cessouma) as well as a number of advisors and we have discussed and we shall continue to discuss issues of concern to Zimbabwe and the African Union. We shall be discussing with the President of the Republic to see how the African Union can support Zimbabwe in this period of transition as well as organisation of elections.”