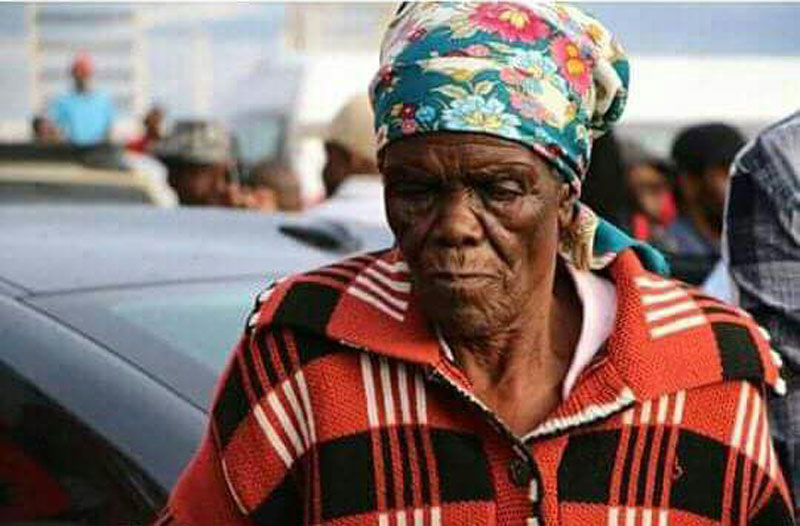 Gogo Lydia Tsvangirai, the mother of the late former Prime Minister and opposition leader Morgan Tsvangirai, is reported to have boycotted the memorial service which was held for her son at Mabelreign Methodist Fellowship Church in Harare on Sunday. The mother of the veteran opposition leader had previously been overheard saying that she was going to commit suicide by hanging herself, if Tsvangirai’s widow, Elizabeth Macheka and MDC-T Acting President Nelson Chamisa showed their faces. The two were available at the memorial service.

Gogo Tsvangirai’s absence became apparent when the master of ceremonies called for her to give her speech. A relative who spoke to daily publication, NewsDay, said

The driver, who was supposed to pick her up, did not pitch up

MDC-T national spokesperson Obert Gutu could shed no light on the matter saying:

I do not know why she is not here, I left the president’s residence early and you can contact the Tsvangirai family, they will tell you.

Tsvangirai is scheduled to be buried tomorrow in his rural home of Buhera.