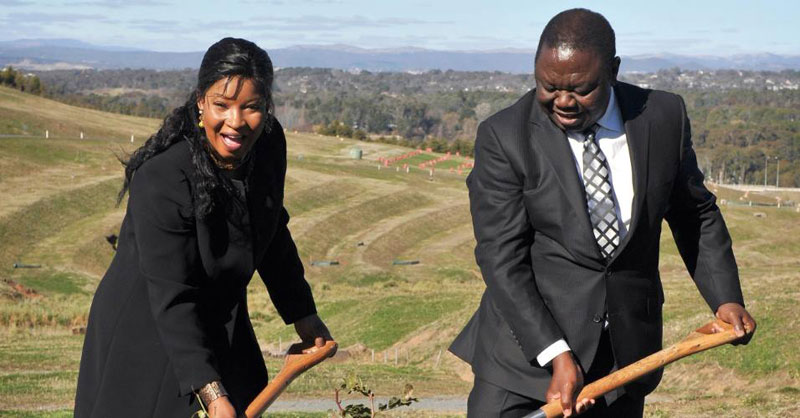 The family of the late former Prime Minister and founding leader of the opposition MDC-T, Morgan Tsvangirai, is reported to have disowned Elizabeth Macheka Tsvangirai, Morgan’s widow. The family is said to be planning to evict Elizabeth from Tsvangirai’s Highlands mansion as well as to grab the former prime minister’s entire estate.

Elizabeth who has so far appeared stoic is reported to have been barred by the family from visiting the former Prime Minister during his last days when he was still in the hospital. Tsvangirai’s mother also threatened to commit suicide over the weekend if Elizabeth and MDC-T vice-president Nelson Chamisa showed their faces.

However, the move to disinherit Macheka may be impossible to accomplish if she decides to fight for her rights, as under the law, the surviving spouse is entitled to inherit her husband’s estate, barring special circumstances.

According to the Daily News, Elizabeth has considered suicide due to the emotional abuse and harassment that she has been receiving since Tsvangirai became seriously ill.

Before his death, Tsvangirai is reported to have tried to secure his wife’s future by consulting his lawyer Innocent Chagonda on issues of estate administration on at least three occasions. Chagonda confirmed the visits although he declined to state the exact legal advice he had given to Tsvangirai. Said Chagonda,

He was consulting me….If you die intestate (without a will), your matrimonial home will be inherited by the wife and the residue will be divided equally between the children and the wife.

Elizabeth’s lawyer Harrison Nkomo said he is yet to be consulted on the matter.