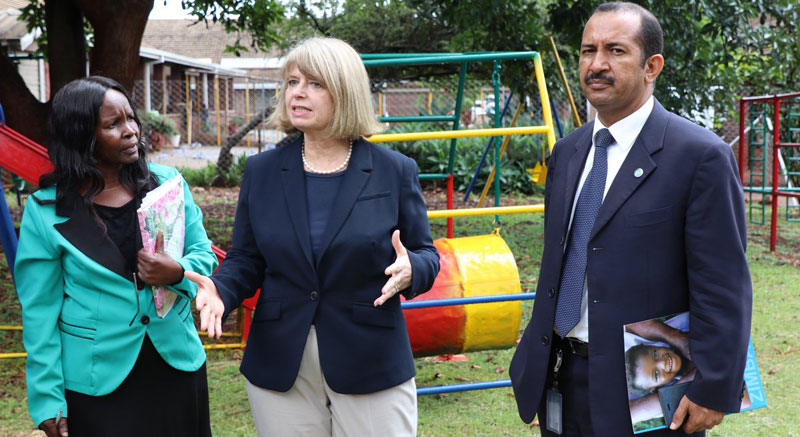 Harriet Baldwin the new Minister for Africa for the Foreign and Commonwealth Office and the Department for International Development for the United Kingdown visited Zimbabwe today on her first trip since she was appointed. This is also the second visit by a UK Minister for Africa since President Emmerson Mnangagwa became came to power in November. The first visit was by Baldwin’s predecessor, Rory Stewart who visited Zimbabwe just two days after the resignation of former president Robert Mugabe.

As part of her tour, she visited St Giles School for children with disabilities which receives support from the United Kingdom through UNICEF.  The minister is expected to meet business leaders, politicians and members of civil society as the United Kingdom and Zimbabwe seek to re-engage after almost two decades of tense relations

The past few months have seen momentous change in Zimbabwe and it is a privilege to visit at such a pivotal time.

I am looking forward to meeting a wide range of Zimbabweans and hearing from them about the huge potential their country holds and the challenges that must be faced ahead of elections later this year.

The UK has a longstanding relationship with Zimbabwe and we are committed to working with the government of Zimbabwe for a bright, prosperous and hopeful future for all Zimbabweans.