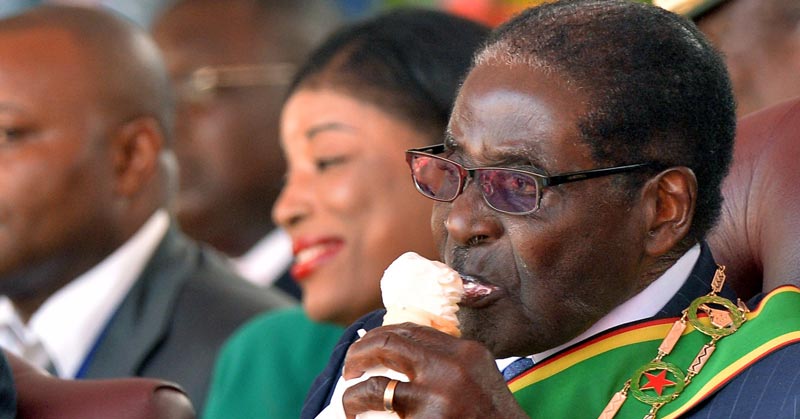 Matutu said members of the youth league will take cakes to Mugabe’s home to celebrate his birthday. Said Matutu:

Mugabe didn’t wrong (President Emmerson) Mnangagwa, but was being influenced by his wife. The party asked him to rest after realising that he had no capacity to lead, as Grace was now running the show. The former President admitted to that and he voluntarily agreed to resign. He (Mugabe) is the father to (President Emmerson) Mnangagwa. Mugabe did a lot of good things like empowerment and land redistribution among others. To us, Mugabe is our icon, a revolutionary and we joined the party while he was there. As the youth executive, on his birthday, we are going to buy a big cake, we are going to team up with other members from party associations and head to Blue Roof. We will knock at the gate, and sing for him, that is if he opens. But if he doesn’t open the gate, that’s it.