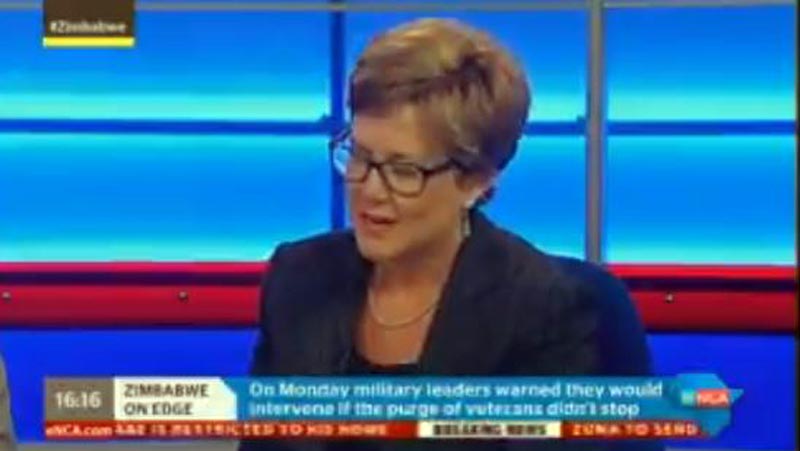 Institute of Security Studies (ISS) Consultant Liesl Louw-Vaudran argues that although the Zimbabwe Defence Forces (ZDF) denies a military coup the current situation in Zimbabwe has all the elements of a coup.

She argues that President Robert Mugabe is under house arrest which means that the military is in control. Louw-Vaudran applauds SADC Chair and South Africa’s President Jacob Zuma for sending an envoy to Zimbabwe to facilitate the transition to civilian rule. Said Louw-Vaudran:

We have all the elements of a coup. President Robert Mugabe is effectively under house arrest. You could just ask the question so who is in power in Zimbabwe today? The army. They are deciding. He is not at liberty to run the country.

Watch the video below for Louw-Vaudran’s analysis:

[WATCH] “We have all the elements of a coup.” – ISS Consultant @Lieslvaudran comments on the situation in #Zimbabwe. Courtesy #DStv 403 pic.twitter.com/pDQAaHHpXU