After the World Health Organisation (WHO) rescinded the appointment of President Robert Mugabe as the Goodwill Ambassador for Non-Communicable Diseases (NCD), unknown people spray painted the wall of the regional headquarters of WHO with the message:

Thanx WHO. Don’t do it again. We’re watchin 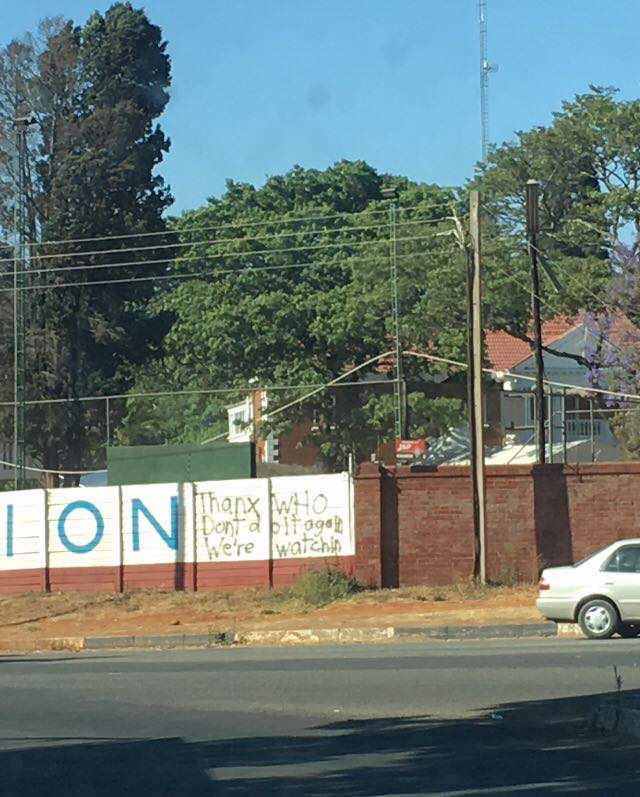 The appointment was rescinded after outrage, most of which was visible on social media forums, forced head of WHO Tedros Adhanom Ghebreyesus to reconsider the appointment. The government has said that the United Nations actually came out the loser by rescinding Mugabe’s role.