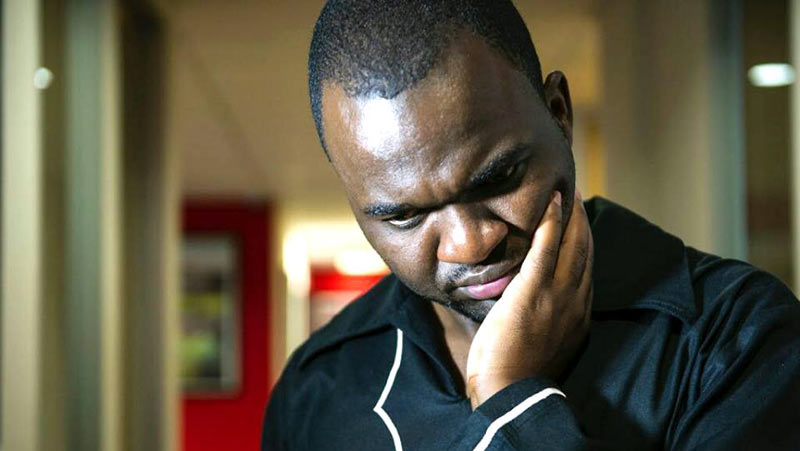 Political activist Patson Dzamara was robbed at gunpoint in South Africa on his way to Europe.

Dzamara narrates that he was robbed by 3 men, two had knives while one had a gun. They managed to take his wallet, two phones, a new IPad. From his friend they only took his phone, most of his stuff was in his car.  Below is a narration of the incident by Patson himself:

So, I travelled from Durban to Johannesburg today in order to attend to some business before I travel to Europe on Sunday.

A friend of mine offered to take me for dinner and I agreed even though all I wanted was to rest. I am recovering from a bad cold. I actually turned down requests to spend time with 3 of my friends who had offered to host me at their homes. I just wanted to have me time tonight and then see them tomorrow & Sunday.

I had dinner at Mike’s restaurant together with my friend. Soon after dinner he drove me to the hotel. As soon as we got there, he said there was no way he was going to leave me behind. He was adamant that I had to spend time at his place. I eventually gave in and checked out of the hotel.

We had parked about 50 meters from the hotel’s entrance because we had missed a street when we returned from dinner. While we were loading my luggage in his car, 3 men emerged from nowhere. One was holding a gun which he pointed at me and the other two were holding knives. In less than 30 seconds they took my wallet, two phones, a new IPad I had just received as a present and all the cash I had on me. From my friend, they only took his phone, most of his stuff was in his car. Thank God, for some strange reasons, my passport was in my back pocket and they didn’t search those pockets.

While those three men were taking stuff from me, my mind told me I had to fight with the hope that onlookers would join in but my heart told me it was foolish and I chose to listen to my heart. I did not at all resist, I complied and allowed the three men to take everything they wanted. Surprisingly, all this happened while other people carried on with their business. They were just not bothered.

After all is said and done, I give thanks to the God I serve. He preserved my life and even through this heinous experience I saw his goodness. God remains good. This happened for a reason and for his glory.