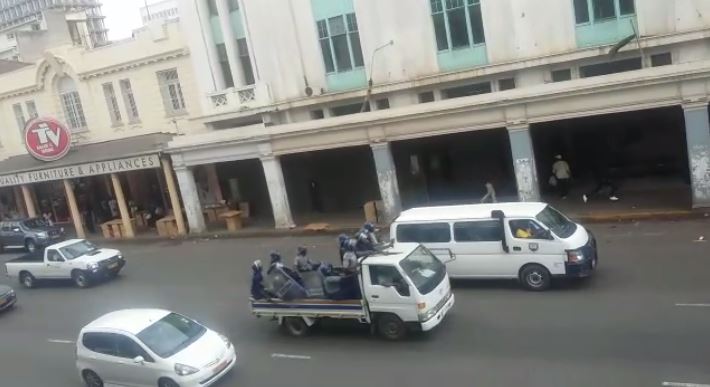 At least 5 people were injured when anti-riot police and protesters clashed in Harare’s central business district on Friday 29 September.

It appears there was a police swoop on illegal forex dealers, although it’s not entirely clear if this triggered the violence. Tajamuka/Sesjikile were also demonstrating against cash shortages. A video posted on social media shows riot police on a truck speeding down a central Harare road as what sounds like gunshots ring out and people scurry for safety.

Are you in Zimbabwe?
Read Pindula News without data on your phone on freedata.pindula.co.zw
Only Applicable to Econet lines
#FreeData
HarareTajamuka

5 injured as protesters clash with police