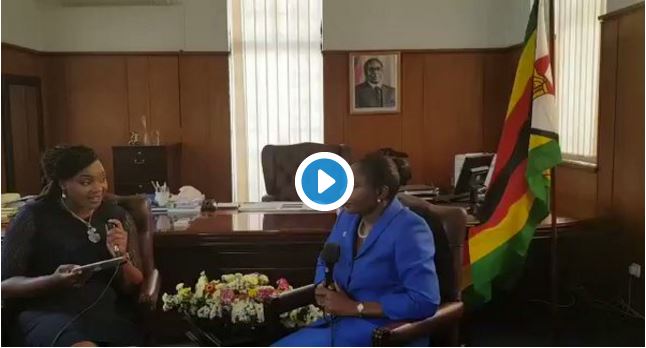 Chairperson of the Zimbabwe Electoral Commission (ZEC) Justice Rita Makarau said that she kneeled when addressing President Mugabe out of respect. She added that she always kneels when addressing older people and said she also kneels before Chief Justice Luke Malaba. Makarau was being interviewed by media personality Ruvheneko Parirenyatwa. This was after Makarau had been accused of being partisan and deferring to President Mugabe’s Zanu PF in the running of ZEC.

“Why I kneeled before Mugabe”

ZEC chair Rita Makarau tells @RuvhenekoP that she even kneels at work, before the Chief Justice. pic.twitter.com/XX4O0qdTWL

However, her explanation has been disputed, with award-winning journalist Hopewell Chin’ono tweeting:

As usual, Rita is lying. Morgan is older than her & he was Prime Minister when she met him in that picture but she never knelt before him.

He then posted the Picture of Makaru meeting Tsvangirai! 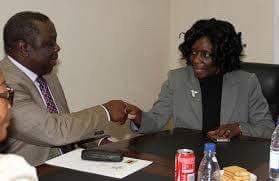