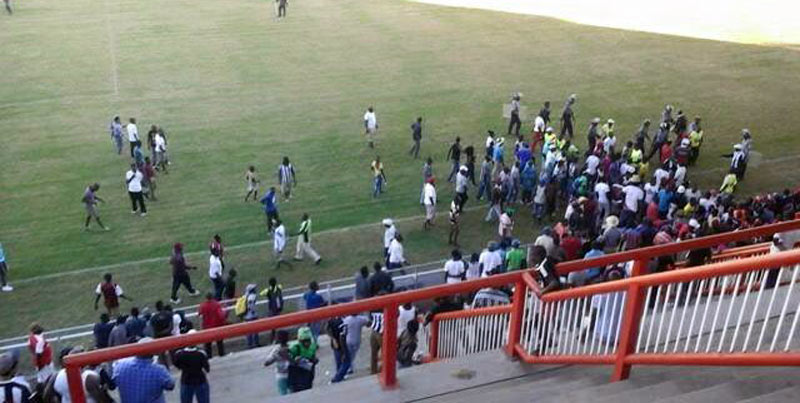 Shabanie Mine Football Club technical manager Taku Shariwa was attacked by a suspected fan on Sunday just before the team left for Beitbridge for a match against Tsholotsho.

Narrating the incident to The Chronicle, Shariwa said:

It happened around around 3:25am and we were still in Maglas but on our way to Beitbridge. The person called out my name and I thought it was someone I know. I stopped and went to him and then he said we should make sure that we win this match. But then he started insulting me, just like what the fans have been doing, he was saying all sorts of things and I then told him I would talk to him when he was sober. This angered him and he hit me with the beer bottle on my forehead. I’m getting treatment now at Shabanie Mine Hospital.

Shabanie Mine spokesperson Wesley Weston confirmed the attack and said the police are now investigating the matter.