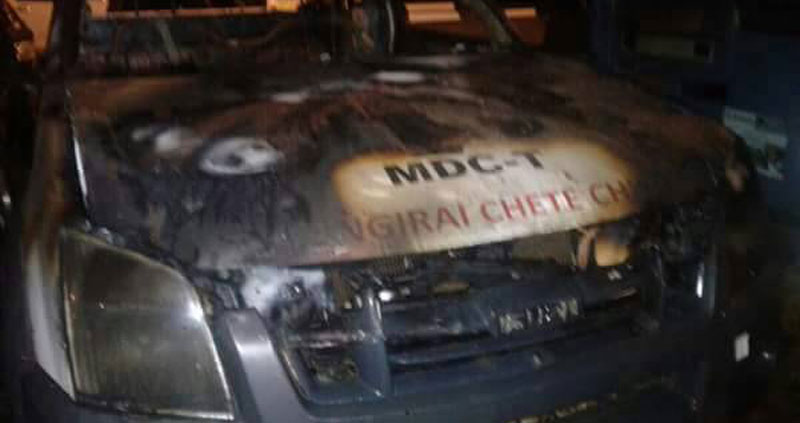 A vehicle belonging to the opposition MDC-T Youth Assembly was burned yesterday following protests which were violently squashed by the Zimbabwe Republic Police. The MDC-T Youths were protesting for the Zimbabwe Electoral Commission to implement electoral reforms. The MDC-T accused the President Mugabe’s regime of burning the Isuzu KB vehicle and targeting its youth assembly leaders.

After the successful demonstration yesterday the regime last night burned some vehicles belonging to our Youth Assembly and is now hunting our leadership. We must refuse to be intimidated and we must show them that we are united as the suffering and toiling people of Zimbabwe.

MDC-T accuses Mugabe regime of setting its vehicle on fire