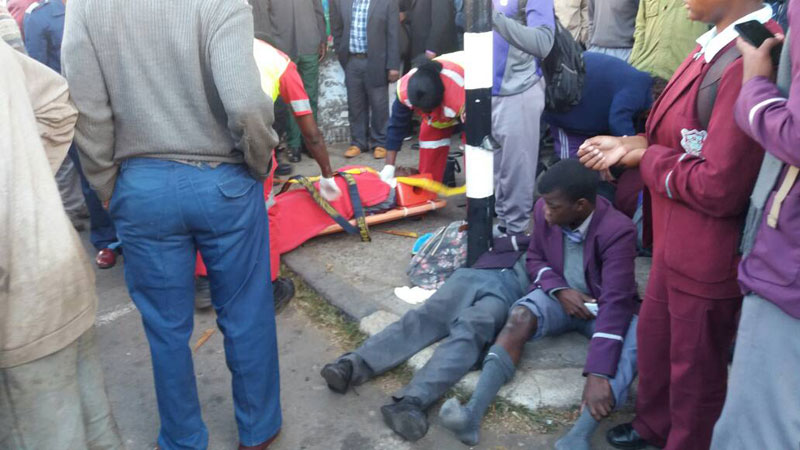 A commuter omnibus overturned after being chased by ZRP traffic policemen who are reported to have been on a motorcycle and were carrying spikes. After the kombi overturned, the officers who were in pursuit are alleged to have fled the scene instead of rendering aid. The accident is reported to have happened at the corner of Nkwame Nkrumah and 2nd street.

We are yet to establish the full extent of the injuries sustained.