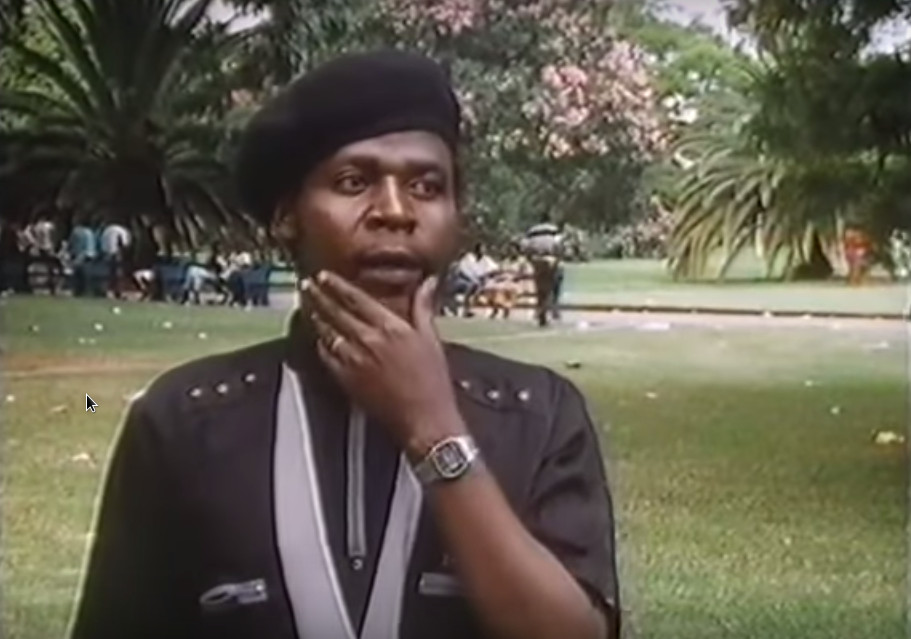 Cde Chinx in Africa Unity Sqaure in Harare, speaking about his music and its role after Independence

The family of late musician Cde Chinx, real name Dick Chingaira, have reportedly refused to accept the liberation war hero status that was bestowed on the musician by President Mugabe. They are demanding national hero status instead and have asked the Zanu-PF to review the decision. It is reported that War Veterans Minister Tshinga Dube and permanent secretary Walter Tapfumaneyi had to leave Chingaira’s home without reading the contents of letter conferring the singer with provincial hero status after the family refused to accept the letter.

It is true that the family has rejected the provincial hero status. They have appealed to the politburo and the matter is now going to be discussed in today’s (yesterday’s) meeting.