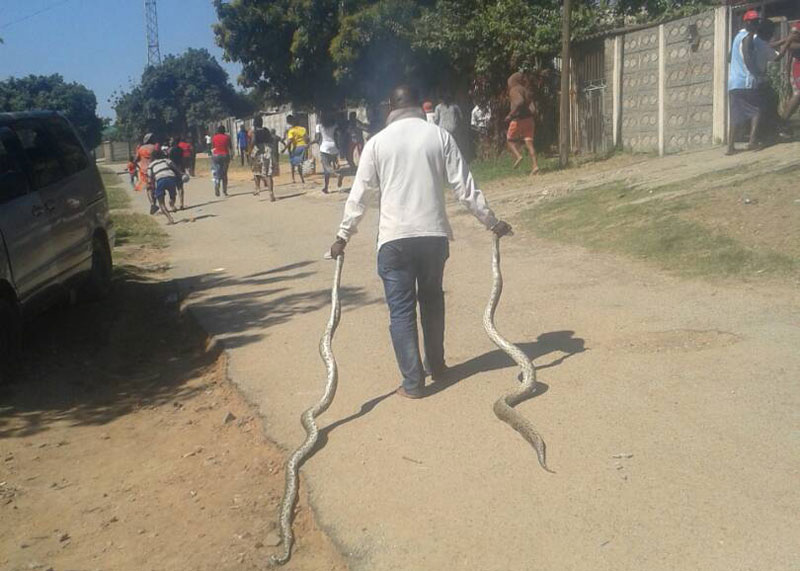 Budiriro self proclaimed prophet, Alfred Mupfumbati, commonly known as Madzibaba Mateo, claims to be the one who assisted the man who dragged two pythons along Gatawa Street in Budiriro. In 2013 Mupfumbati was accused of hiring witches that pretended to have fallen off a winnowing basket to boost his ‘business’.

The (snakes) man was among my clients on Saturday who had come for deliverance. He came in with his bag and as I began to deliver him I felt a heavy burden on him, told him to go outside so that I could get to the second part of his deliverance. I ordered him to walk around the neighbourhood and whenever he felt a load in his back pack he had to return. After a while he returned and said he felt weight in his bag; I ordered him to open it and the snakes came out. I ordered him to drag his snakes and throw them in the river. I know people don’t believe me and they say I stage managed the act; if you also think I stage managed that, maybe let me first demonstrate using one of you so that you have something to report on.

Mupfumbati is still adamant that the witches incident was not stage managed arguing that the case had been used to tarnish his image.