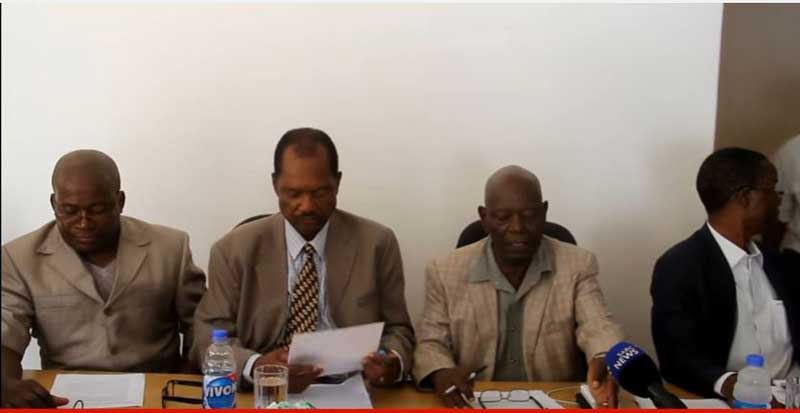 Zimbabwe People First (ZimPF) has split again following a leadership dispute between a faction led by Didymus Mutasa and Rugare Gumbo and another led by Agrippa Mutambara who was announced as the party’s leader by Kudakwashe Bhasikiti.

Gumbo and Mutasa’s spokesperson Patrick Chitaka told Daily News that Mutambara and Bhasikiti had fired themselves from the party by trying to impose a leader. Said Chitaka:

To us the two are no longer with us as they have decided to form their own party after they unsuccessfully tried to impose their leadership on ZPF.  What we will not allow them to do though is to use the name of our party because we have realised that we are not walking the same path. We had called a management meeting to consider the four names that had been proposed as potential party leaders, including Ray Kaukonde, Jabulani Sibanda, Mutambara and Nkosana Moyo but when the other three said they were not interested, we decided that we would wait until congress. However, Bhasikiti and his group had made their mind on Mutambara and they wanted to have him as leader and they pushed us to interview him and the majority of us felt he fell short of what we wanted while they wanted him as leader regardless so they decided to foist him on the people which we said no to. We are therefore going ahead with our plans without them because they were a problem and against the coalition with other parties that we are pursuing.

When asked by Daily News for a comment, Jabulani Sibanda who had been announced as the party’s political commissar, said he was unaware of his election to the position and promised to issue a statement dismissing it. The Daily News could not reach Bhasikiti for a comment as he was said to be attending an important meeting.