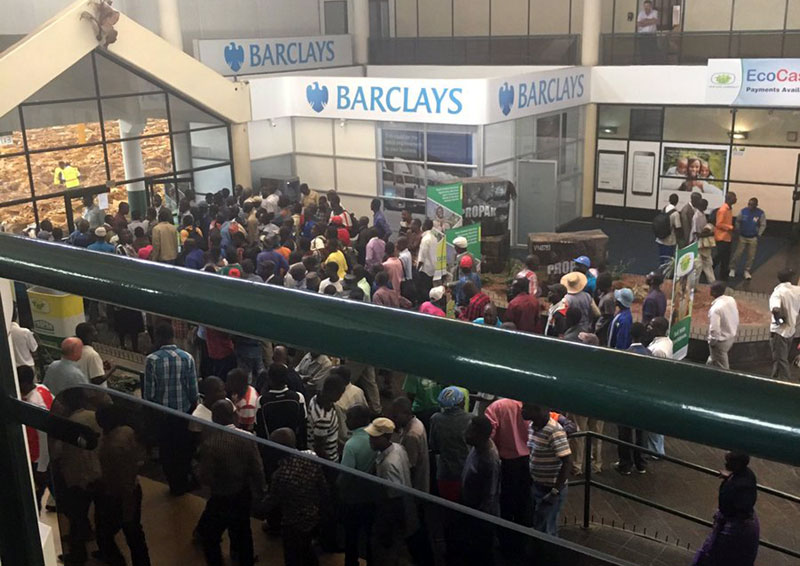 Yesterday, tobacco farmers at the Tobacco Sales Floors (TSF) staged a demonstration over failure by banks to allow them to withdraw $1 000 as had been agreed. Police had to be called in to restore order after some farmers shut the entrance into the auction floor in protest over the decision by banks to restrict them to $300 withdrawals.

Business at TSF was disrupted for an hour with farmers waving placards. The Herald reports that some of the placards were written “TIMB yaita huwori, hatikweretese fodya” and “We need our money”. Initially police came with baton sticks but had to return in anti-riot gear after realising the situation. Business resumed after banks started allowing farmers to withdraw $1000.