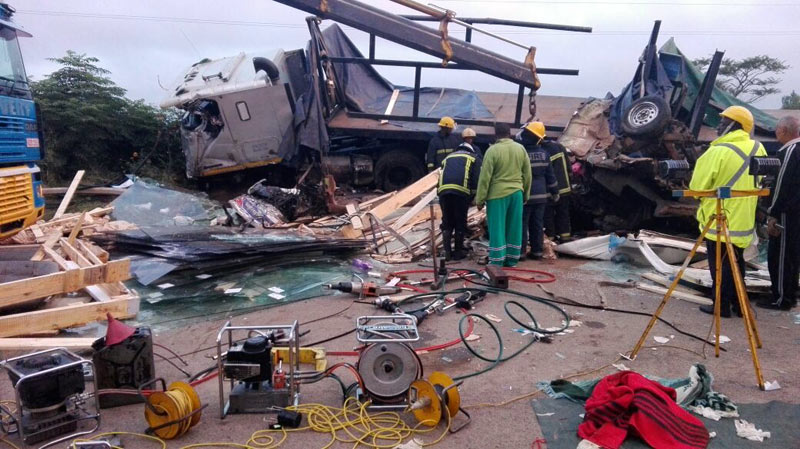 Enert Sibanda who had been admitted to Mpilo Central Hospital’s Intensive Care Unit following last week’s horrific accident that occurred near the National University of Science and Technology, died yesterday morning bringing the death toll to 15.

Her death came on the same day when seven other victims of the same accident were being buried in moving scenes at West Park Cemetery. Fourteen people from two families died on spot on Wednesday night last week when they were travelling in a commuter omnibus to a funeral in Masvingo. Sibanda suffered serious head injuries and on Sunday, her family sent a plea for $600 for her to undergo a CT head scan.