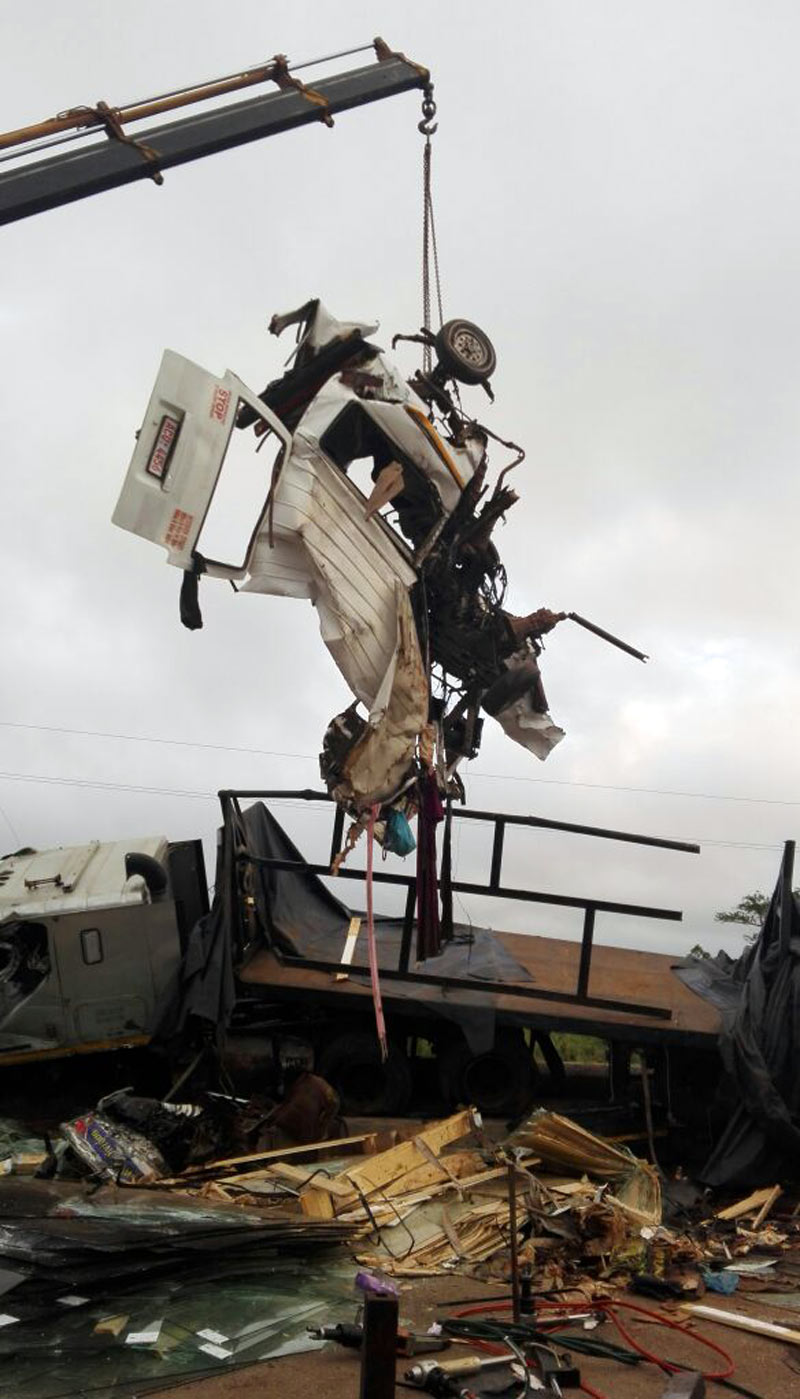 Home Affairs Minister Ignatius Chombo has revealed that his ministry will provide $500 per family for each of the 14 people who died along Bulawayo-Gwanda road on Wednesday at 10PM. He also said that other departments will assist.

Reports are that the 14 people were traveling to a funeral in Masvingo when a haulage truck collided with the commuter omnibus they were in and crushed it near the National University of Science and Technology.