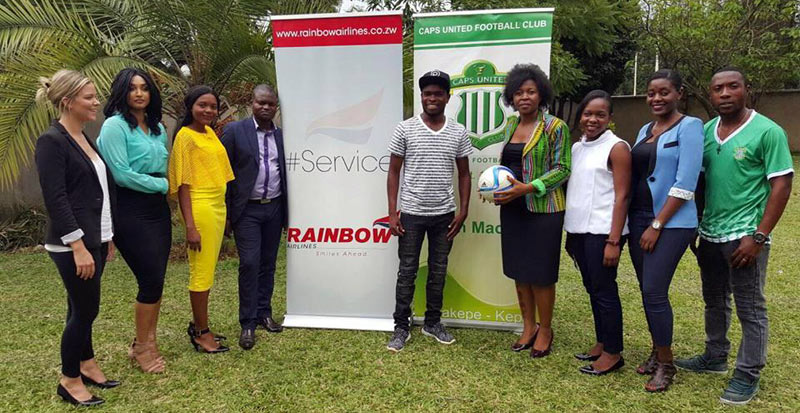 CAPS United Football Club have entered into a partnership with Rainbow Airlines to fly the team on their local and international fixtures on cost effective deals. The partnership is expected to start this Sunday when the reigning Premier Soccer League champions travel to the Democratic Republic of Congo on a charter flight for a CAF Champions league game against TP Mazembe.

CAPS United chief executive Cuthbert Chitima confirmed that the charter plane is in place. He said that CAPS United is expected to leave on Sunday on 7AM on a 90 minute flight and then return after the match in the evening. Rainbow marketing executive Dora Manyika said they were looking forward to have lasting relations with CAPS United. She said they were open to talks with interested teams and athletes.

One Comment on “CAPS United enters into partnership with Rainbow Airlines”