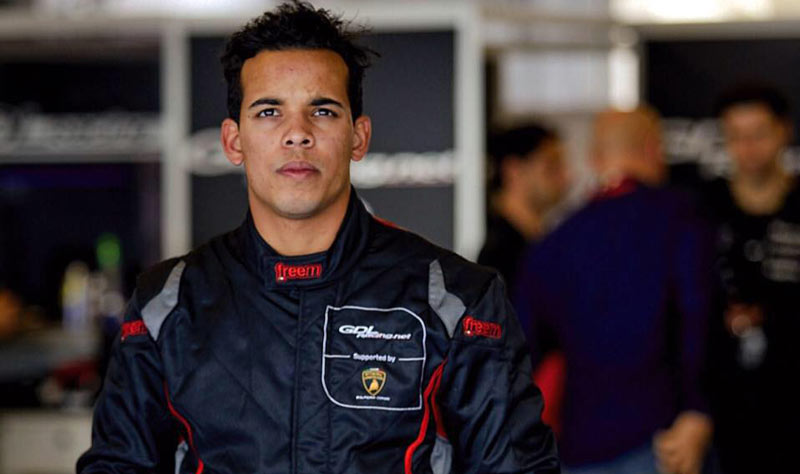 Jefferies (22) and GDL Team Asia teammate, 18-year-old Rik Breukers from the Netherlands, put on a near faultless display throughout the weekend, in their Lamborghini Huracán. The pair’s only fault of the weekend came in the opening race of Friday when Jefferies made contact with Myszkowski-Lewandowski of the team GT3 Poland at the first corner, which put an end to double ambitions of the young drivers.

In an interview with NewsDaySport from Abu Dhabi yesterday, Jefferies said he was delighted to make a winning debut in the Lamborghini Super Trofeo Middle East, which will feature two more races in Dubai later this month. Said Jefferies:

It was such a good feeling to be back racing again and at such a high level. Above all it was great to be back to our winning ways. From the first practice all the way through the weekend we dominated. There was obviously a lot to learn as it was our first time racing in GT cars and my first time racing with a team mate, but we managed to get up to speed pretty quickly.