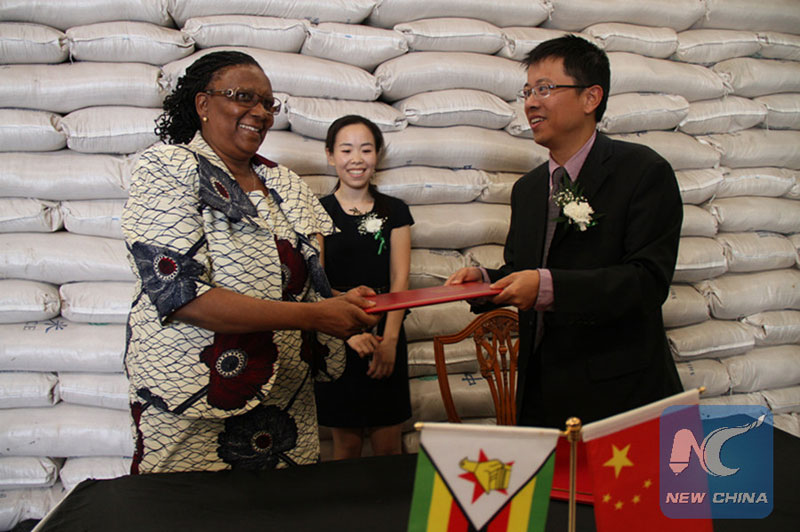 Zimbabwe People First spokesperson Jealousy Mawarire has accused Zanu PF Minister of  Public Service, Labour and Social Welfare Prisca Mupfumira of smuggling blankets into the country, to avoid paying high costs of duty. Mawarire claimed that Mupfumira was working in collaboration with former Minister Webster Shamu to help the Chinese to beat the country’s “punitive import duty.”  Mawarire also decried the hypocrisy exhibited by Mupfumira in supporting Statutory Instrument 64 of 2016, and then working to break it.

Zanu-PF Minister, Prisca Chimukupete Mupfumira, a relative of President Robert Mugabe, is involved in the smuggling of blankets into the country that Hon James Maridadi told parliament about.

While we are told SI 64 is meant to protect local industries by banning importation of locally available goods, Zanu-PF cabinet ministers, who are involved in the crafting of such statutory instruments, are the biggest breakers of the same laws working with unscrupulous Chinese business persons. Mupfumira, working in cahoots with Webster Shamu has been ‘assisting’ these foreign nationals to run away from the country’s punitive import duty regime.

The two are reportedly helping the Chinese company Qingshang ti smuggle the blankets in the country.  Dusting debate in the National Assembly, James Maridadi described the “Qingshang” blankets as substandard and  accused the country of making false declarations at the border.

The way this Qingshan product is done is so sub-standard.  You must wash it once for you to see how badly done it is.  The reason I then went back to buy this blanket is because I had bought a blanket earlier on, when it was washed once, it disintegrated.

…Mr. Speaker, I then followed up this company and I discovered that when they bring in these readymade blankets, they declare at Forbes Border post, as fleece fabric which is going to be value added in this country. When a forty foot container was opened, it had readymade blankets; packed in that bag and ready for sale.  That container, because they declare fabric at 0.40 cents per metre, the forty foot container was paid for US$4 700 but the actual value of that container is US$95 000.  I have all that evidence.

Initially, when they were importing these blankets, they used what is called JJ Transport.  JJ Transport which has trackers.  ZIMRA can actually track from the time that it leaves Forbes Border post to the time that it gets to Harare.  When I went to do my investigation, I was wearing casual clothes, a cap and some dark glasses so that I could not be identified. When they discovered that somebody was investigating, they then changed the transport company and they are now using a Mozambique transport company which does not have tracker and so you cannot track it.