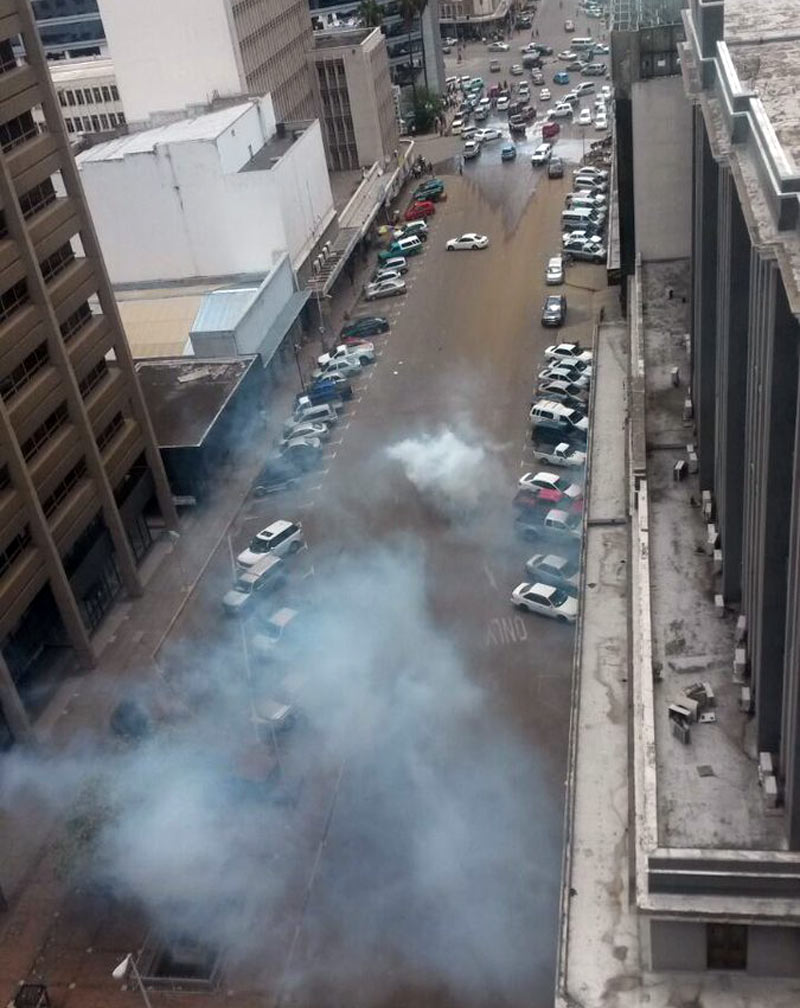 Police in Harare clashed with vendors in the central business district today with the police firing teargas to disperse the vendors.

Harare City Council had previously given vendors a 48 hour ultimatum to cease operations as it reported that 132 suspected cases of typhoid had been recorded so far, while 280 people had presented themselves for screening. The Harare Municipal Police teamed up with the Zimbabwe Republic Police to drive out vendors and food, such as fruits, meat, maize, fish and vegetables was confiscated and destroyed at the Harare Municipal Police Headquarters during a two day raid. City of Harare spokesperson, Michael Chideme said the operation would continue until there is normalcy in the city.