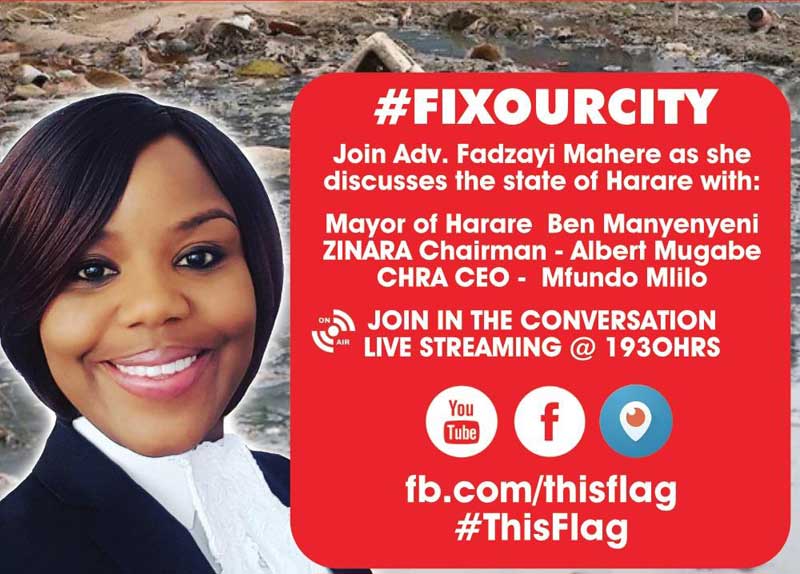 Lately, Advocate Mahere has been decrying the state of Harare and has been vocal about bringing the city back to its former glory under the hashtag, #FixOurCity.  She has been an outspoken critic of the city’s failure to collect refuse as well as their failure to rehabilitate roads among other things.  We expect that these will be some of the issues which will be discussed considering the people on the panel.

You can join the discussion by going to fb.com/thisflag